If you don’t know what the fuck you are doing, take your old-assed amp to a good tech and say, “please, good sir, I need a recap job on my amp and I hope, as a gentleperson, that you don’t rape my wallet.” If you have a little knowledge and a bit of derring-do, then you’re in luck. Recapping isn’t hard, especially if you have an Ampeg and you buy an easy-peasy-nice-and-sleazy recap kit from fliptops.net…

Fliptops put together some nice kits that are drop-in replacements for what is already in your amp. There is no documentation provided, however, so an ability to read the schematic is helpful. A bunch of photos would also be nice and is the entire point of writing this. It should go without saying you’ve taken the amp out of its case and removed all the tubes. 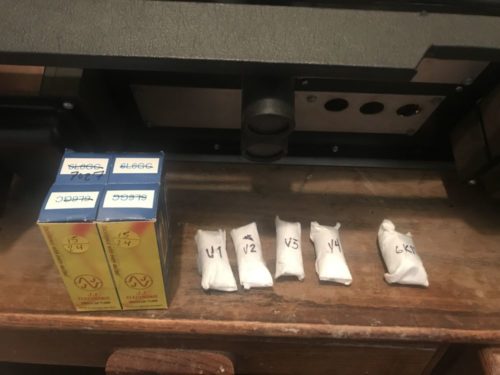 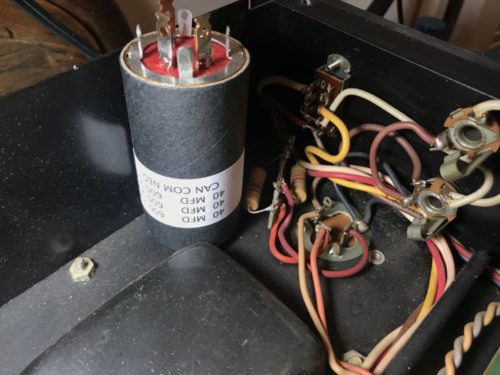 If you’re careful desoldering and untwisting the twist locks, you can possibly pry out the capacitor without having to drill out the riveted in fiber wafers. Failing that, there are newly provided fiber wafers that can be installed. In any case, just rewire the new cap exactly in position just like the original was. 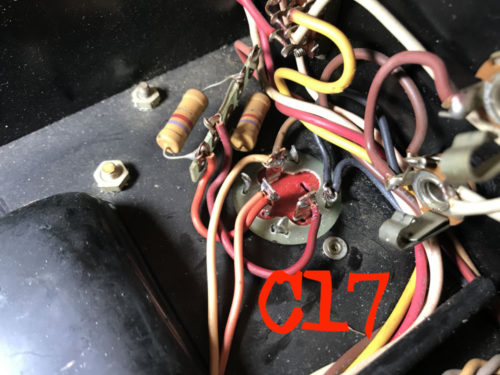 2. The next two caps, C20 and C18, seem a bit trickier, but really aren’t. Fliptops has provided exactly what you need, and therein lies the confusion. The original C20 has an extra lug that confuses the matter. 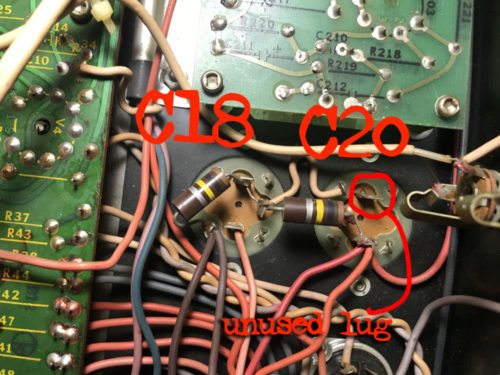 Ignore it. Fliptops has provided a capacitor that has only the two necessary lugs. The layout moves a bit, but the wiring is the same. Follow the original wiring and placement of C18. C20 can be installed in any direction; it doesn’t matter because the lugs are wired together. Fliptops also provides new, replacement resistors for this section. 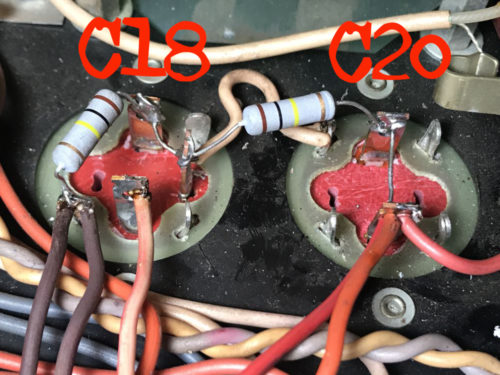 3. The next cap that Fliptops provides to replace is goofy. Did Ampeg forget to find a place to put this thing? C19 just floats there suspended like an unbaptized baby in limbo. To remove it, you have to unfasten a corner of the PCB and take off the assembly. Mine has clutch screws, for which I had a bit, but you can likely get a flathead to work. 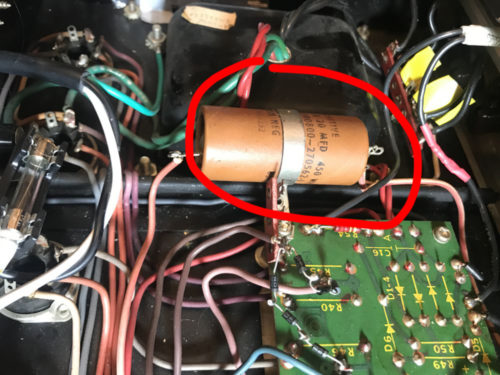 This capacitor is different from its replacement because it is in two parts with two lugs on the positive end wired in parallel. The cap provided by Fliptops has a single positive lug with slightly higher rated voltage and one section. It’s not a mistake. It gets wired in the same place with the same polarity and the uF (microfarads) matches up. But how do ya float it? I forcefully unscrewed the original cap from its holder, put the new one in it, and then I smooshed it. I smooshed the fuck out of it. (EDIT 2018.08.27: Doing this, I inadvertently pierced the insulation around the capacitor. It had a short to ground that caused problems with the standby circuit and made one of the big capacitors start popping… so, bad idea. Hey, I’m an amateur. I wrapped this cap in electrical tape, re-installed, and all seems well again.) 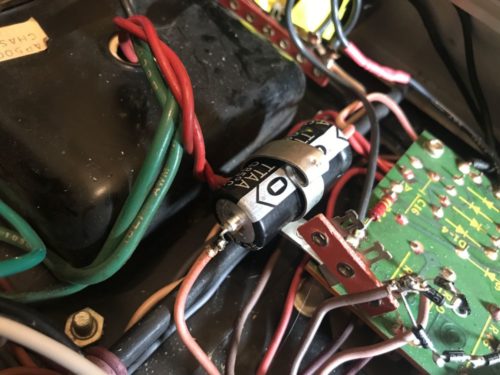 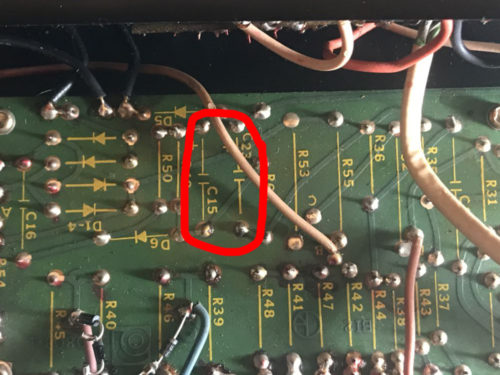 Just remember to get your anode and cathode correct. The anode (+) has the scrunched up end and the arrows point towards the cathode (-). Place it according to the easy-to-follow markings on the circuit board.

For extra credit, I have seen recommendations that C16 should also be replaced. This part is cheaply available from Fliptops, and more expensively from other vendors. I, however, forgot to order it initially. I skipped this recommendation, not wanting to pay $8 shipping for a 90¢ part and waiting another week. 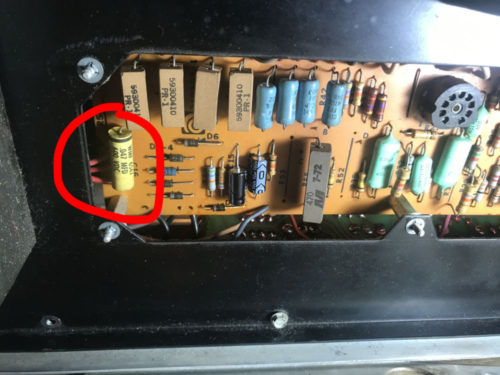 And that’s it. I plugged in my amp, fired it up, and it played exactly the same as before… with another couple decades of reliable playability. 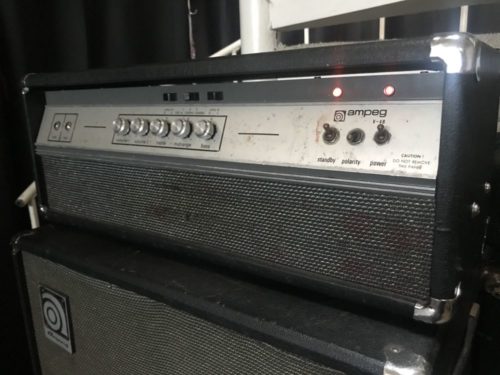