I spoke about doing this in my post on fixing up a Peavey VTM 120, but I didn’t take pictures. Well, after the ground pin fell out on my Ampeg V4-B, it was time to replace another power cord. This time, I took some pictures for anyone interested in taking on such a task.

This actually happened to me while on my last tour with Exhumed. It didn’t stop me from playing. A ground pin isn’t essential to a functioning amp. It’s a safety device, in case there’s a short within the amplifier, so the amp doesn’t conduct voltage into the user through the chassis. I took my chances on the road, but once I was home it was time to replace this safety feature.

END_OF_DOCUMENT_TOKEN_TO_BE_REPLACED 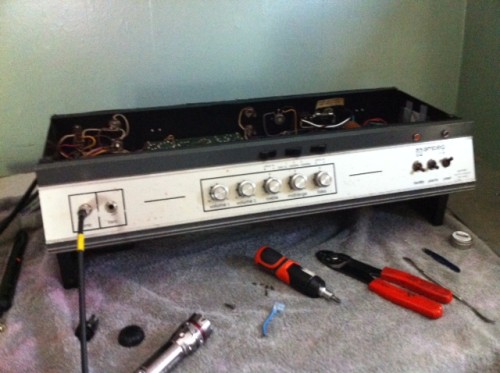