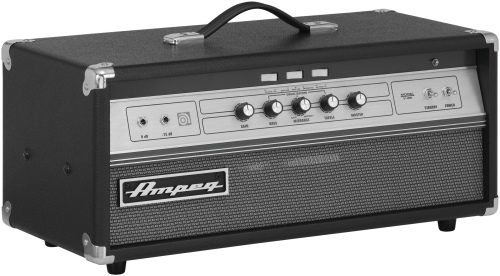 They’ve done a really good job recreating the look of the original, minus the sweet blue and silver grill cloth and the aluminum knobs. The aluminum knobs were probably way too much to hope for, but anyway, Compare to mine… 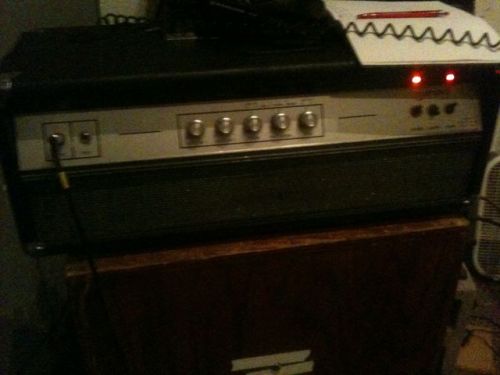 It even incorporates the original’s shock-mount system that, as far as I can tell, no one has had the smarts to copy. They’ve added a gain knob which is more like the late ’70s version of the V-4B. I’m not sure which circuit they’ve gone after… the early and late ’70s V-4s are pretty different amps inside. 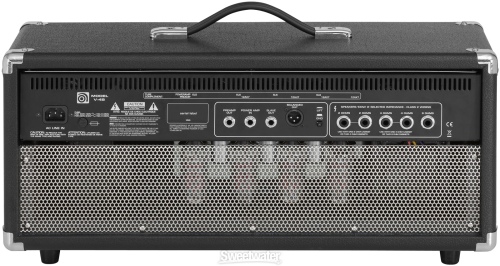 A look on the back shows some nice features. First off, detachable power cord… pretty standard these days but it was unknown in the ’70s. It can still slave another amp, but unlike the original, it also has pre-out and power-amp in. This allows a lot of different head combos, but also a rudimentary loop for effects. There’s a much needed DI out, something convenient on ANY bass amp. The speaker plug system is a little wonky for my taste, kinda like the back of Mesa-Boogie Rectifier. I prefer the original having just two parallel outs and a switch, but hey, maybe this is better for some reason I don’t get.

It looks like they’ve ditched the original tube-rectifier for something solid-state, which is fine… it does nothing to the tone and the original uses an out-of-production tube that’s getting expensive on the after-market. It uses four 6L6 tubes for 100 Watts. The original was rated at more like 120 Watts, but maybe that’s because it used slightly more robust 7027A tubes that are no longer made, so it could be biased a little hotter. Before you get in my grill, the current production 7027A tubes are just relabeled 6L6s.

It’s awesome that Ampeg has remade this amp, but considering how cheap they go for used, it’ll be interesting to see if this new, more expensive model takes off. For the sake of quality amplifiers coming back onto market, I hope it does. I’m itching to try one of these out in person to compare to my own original V-4B. Until then, I’ll have to be satisfied with this Ampeg promotional video.

6
128
she-ross princess of power · 19 hours ago
@sewage666
soundchecked, merch sorted, band members’ needs taken care of so i’m done and in my usual festival position of hiding between some cars till i play (and waiting to get food w/ @datalore66) https://t.co/Ou53JhoISC
View on Twitter 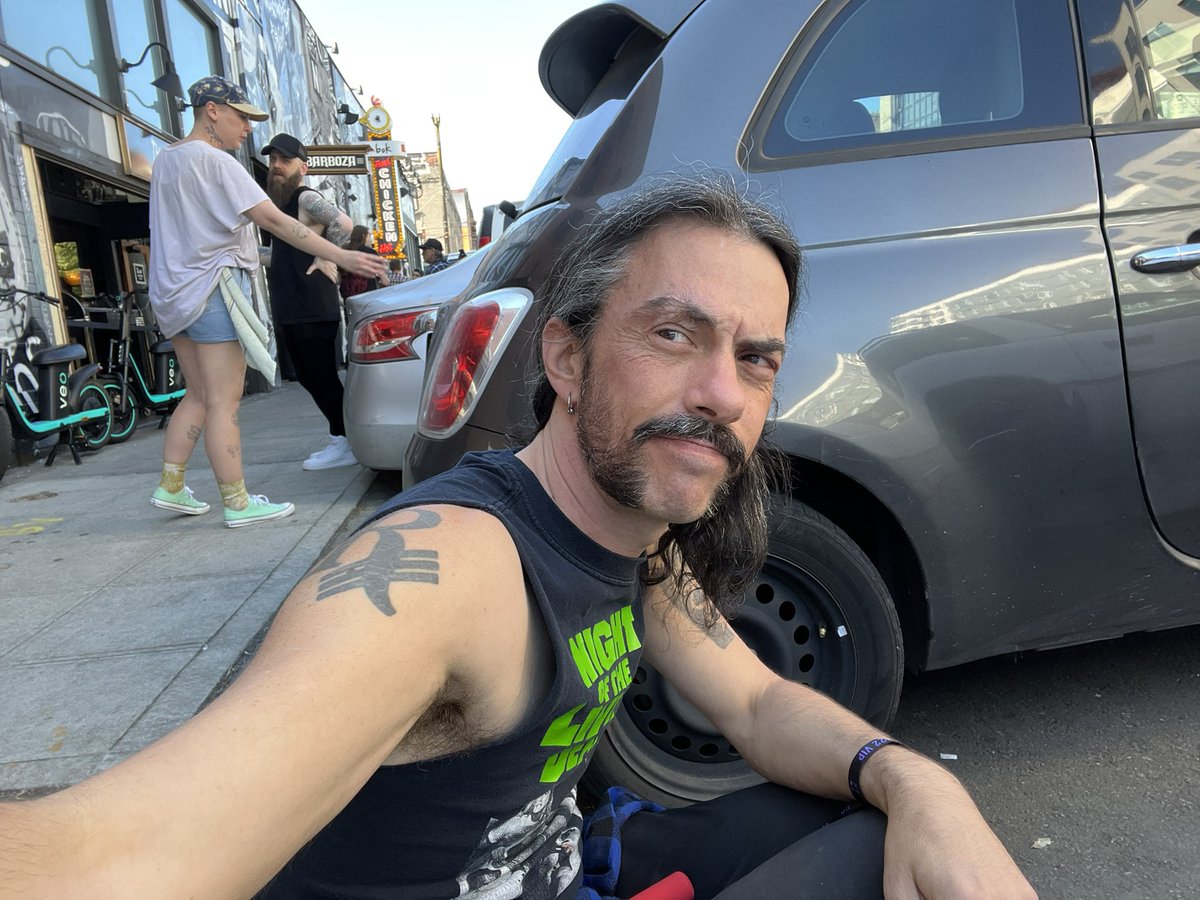