Sean was nice enough to give me a guitar to use for demoing songs as we write a new record. It was a Halo guitar. I don’t know much about the company, but I’ve had to do some re-working in a few questionable construction issues to get this one up to snuff. One thing that sucked is the cable jack. It was the barrel style. Frankly, they’re total bullshit. 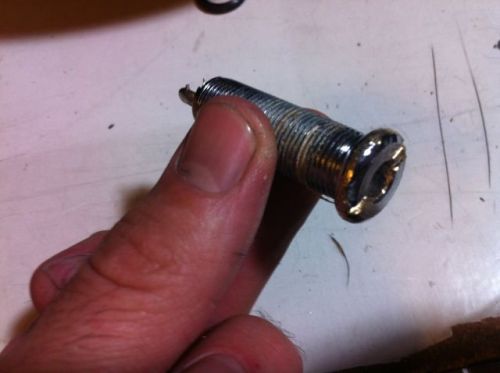 See the tines you can bend back into shape when it loses grip on a plug? No, you don’t, because they don’t exist. These things are notorious for breaking down and needing replacement. I’d had to replace one of Dan’s on the last tour we did in America. Basically, they’re longer, so I guess they’re used to avoid doing a good routing job on a guitar body. The nice people at Halo glued theirs in with wood putty, so that made replacement a non-cinch. I had to rip the fucker out.

I thought about buying a replacement, but then I knew I’d have to keep buying replacements. Why not switch it out with an old, reliable style Switchcraft jack? Well, the hole was too long and not wide enough (that’s what she said.) It wouldn’t fit (that’s also what she said.)

Instead of doing a bunch of woodworking, I just ditched the tone knob. Think about it… when have you ever used this damn thing? You don’t play reggae, you don’t need a tone knob. And you don’t need an ass kicking, but that’s a bit off topic, here. Just cut the fucker out. 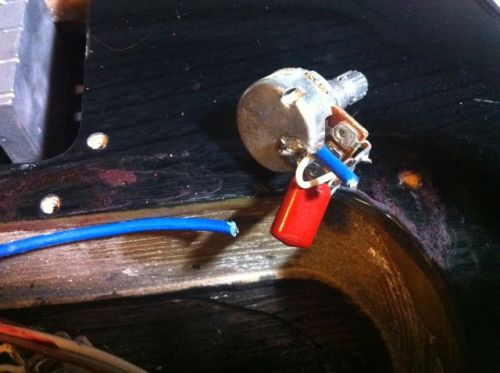 I move the cable jack to where the tone knob used to be, kinda like an old Fender guitar. Easy, peasey, nice and squeezy. 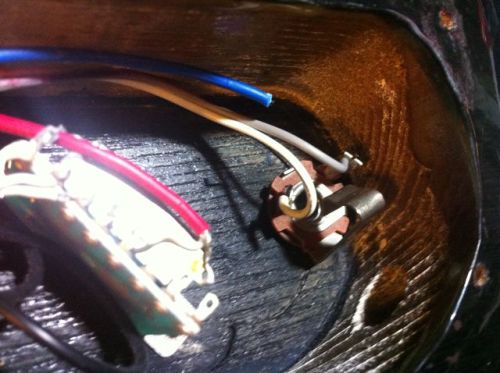 Now the guitar jack works fine, because it’s not total bullshit. Up the Switchcraft and fuck barrel jacks. 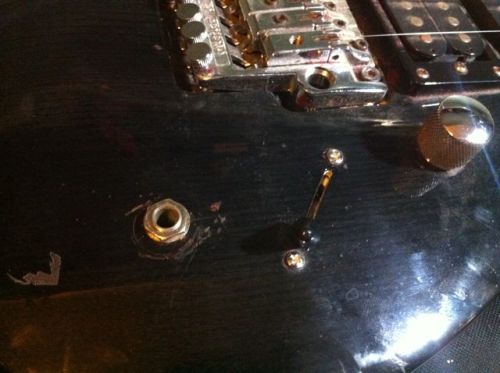