My jefe, Mauz, handed me this broken hunk of gear in the hopes I could figure out what was wrong. The DOD DFX9 digital delay was a pretty cool pedal back when it worked, he assured me. I put it in a drawer for a few months until I got around to check it out. I was dubious about taking on the repairs of some cheap-o digital pedal. 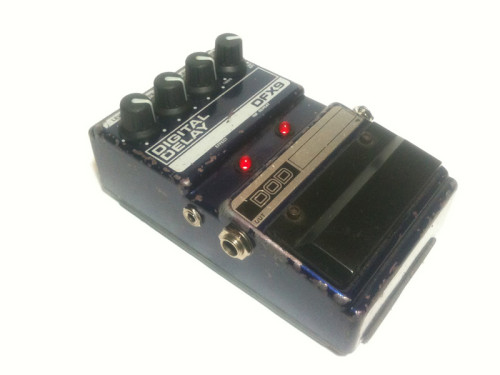 The DFX9 was DOD’s shot at BOSS, their far east competition. BOSS’s DD series of compact digital delays had become quite popular in the ’80s and was surpassing older, analog delays like the DOD FX90. Self-proclaimed as “America’s pedal,” DOD would not go down without a fight. Non-functioning and with the jacks falling out, Mauz’s DFX9 pedal was a casualty of the war that DOD lost. FYI, I got ADD about curing the DFX9 of its PTSD ASAP.

The pedal was intermittently working. With old DOD pedals, the momentary footswitch is usually the first thing to go. After checking that it was working, I dug deeper.

The potentiometers were attached to a circuit board that was itself attached perpendicularly to the main board by two sets of solid leads. When I jiggled the smaller board, the LEDs would blink on and off. I suspected there was a loose solder point in this Achille’s heel. I reinforced all the points carefully, taking note that this was a double sided PCB. The connections needed to be solid all the way through like a holiday fruitcake.

The main delay was now functioning and switching correctly, but one of the pedal’s modes was still acting wonky.

The DFX9 has a 5 point rotary switch on the far right that controls the range of the delay. The last setting is for “infinite repeat.” When this is selected, the left LED will light up and delay should be audible. When the footswitch is hit, the right LED lights up and the delay repeats without fading, ad infinitum. The guitar signal passes through unaffected. This wasn’t working correctly. Both LEDs were lit, there was no delay, and the switch would only momentarily turn off the right LED.

Some online research pointed me in the right direction. Underneath the rotary switch there is a trim pot labeled P7. This has to be adjusted for the electronic switching to work correctly and engage the “infinite repeat” mode. 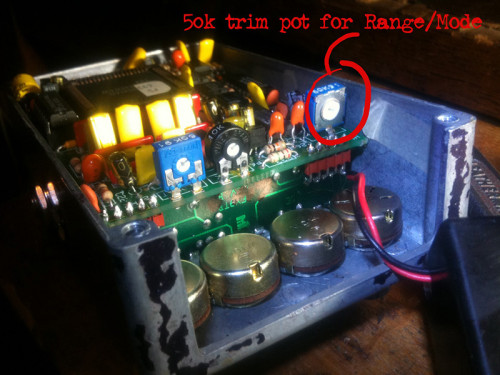 I adjusted this trim pot with a tiny screwdriver until the “infinite repeat” mode was working correctly. Now, when I hit the footswitch, the delays would continue forever while guitar was allowed to play over the sample. All in all, a pretty cool effect. I measured the resistance on the trim pot and it read, no joke, 6.66k Ohm. Fucking WICKED.

I replaced the 9V battery snap that had a short. Not that I would recommend using a battery: this delay sucks 43mA on average. That’ll keep you going through Duracells like Rob Halford goes through young Filipino boys.

After getting the pedal functioning correctly, I decided to play around inside it a bit. I messed about with the other two trim pots I found. 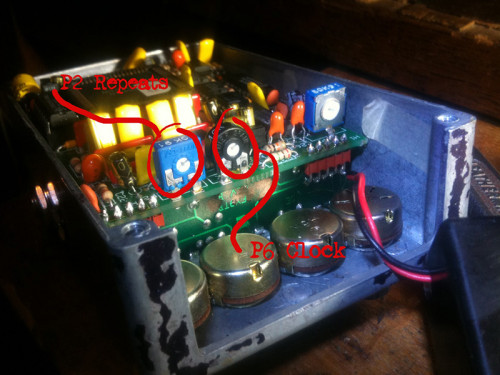 The 50k trim pot labeled P2 adjusted the repeats. I dialed it up until the repeats would keep going when the “repeat” dial was turned up all the way. It wouldn’t self-oscillate, being a digital pedal, but it could now get a bit noisier.

The 10k trim pot labeled P6 adjusted the clock of the delay. I was able to extend the length of the delays from 1 second to a maximum of 1.8 seconds with no appreciable loss of sound quality. A nice, easy circuit bend for echo aficionados.

I reassembled the pedal. Some of the knobs were missing so I replaced them all in order to match. The ones in the top pic are from an irreparable MXR Double Shot Distortion. Never throw shit away! Well, throw shit away, far away if you don’t want hookworm, but hold onto old knobs and stuff. They come in handy.

The DFX9 had one problem left. The battery compartment was loose. In fact, I think only 10% of all DOD pedals existent today even have a battery door. These are cheap plastic doors that pop off and get lost. I noticed the latch had become compacted and was no longer locking into place. My remedy was to heat it up with a hairdryer and mold it back into place using a clothespin. 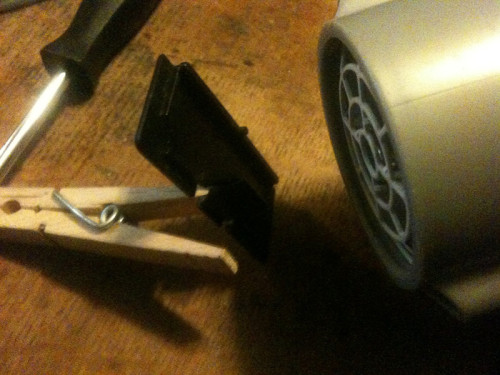 I cooled off the battery door and had a much less acute angle on the latch. Now it’s much more augly and it locks firmly into place on the toe of the pedal. 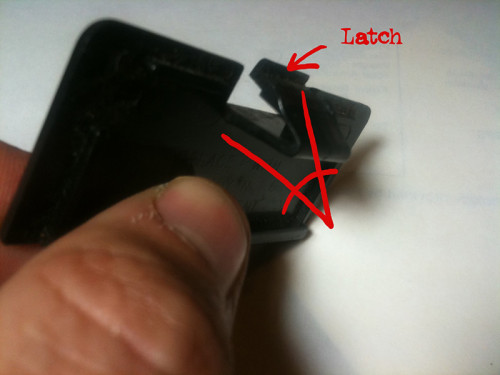 After some testing, I like the DFX9. It’s nice sounding for a digital pedal; much less cold and stark sounding than its BOSS equivalents in the DD series. With just one second of sample time, the “infinite repeat” mode is probably more useful for noise artists. Still, it’s fun to play along with. Many must agree, because these DFX9 are less numerous and more expensive than a lot of other similar delay pedal types available on the used market. That, or no one knows how to fix ’em.

Some more info on the DFX9 – http://www.americaspedal.net/dfx9/ 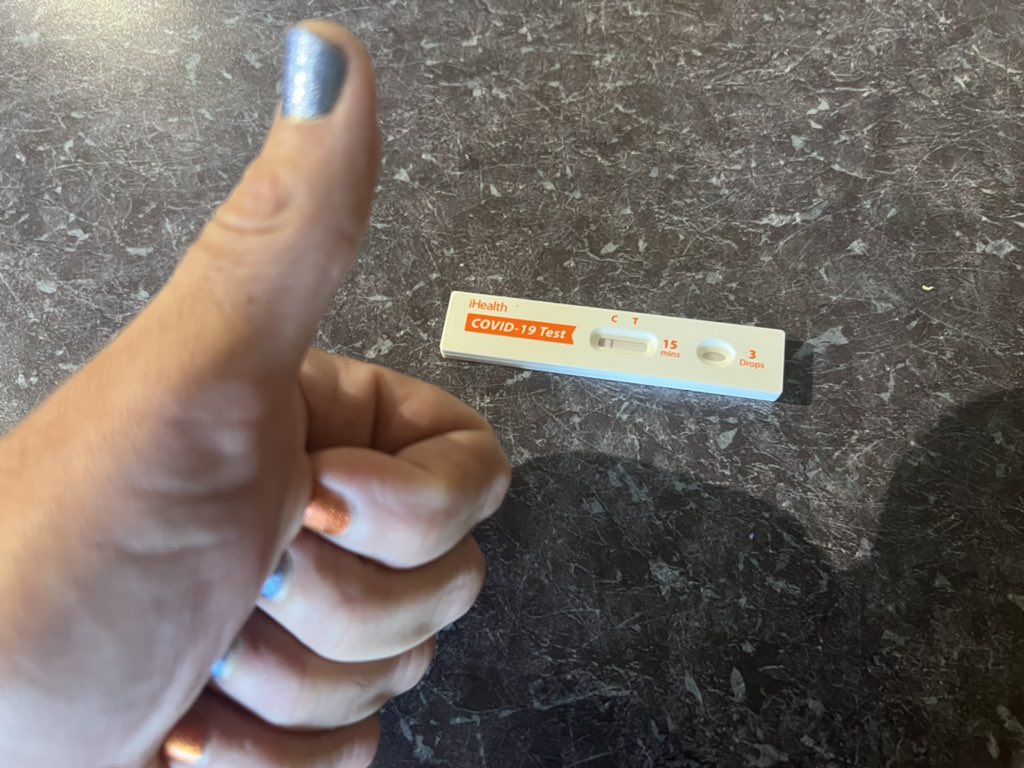