The Ludicra mini-tour went fantastically. I seriously couldn’t have hoped to have more fun and success.

It’s unfortunate I have to say “mini-tour” because Ludicra needs to get out more. Not only do all of us all of a sudden become healthier on the road, but I can see it in all our brains, that we need to rock (we have clear skull plates, I swear). There’s a lot of love put into Ludicra, even evidenced by Aesop telling us, his bandmates, about how much he loves working with us (what a fucking fag). I think we all feel the same about each other and the music we create.

Seriously, though, I become healthier on the road. It’s weird. Have you ever seen Joe vs. the Volcano? About how Joe is sick and pasty while working under the flickering flourescents and then gains this measure of fortitude when he goes away to vacate and end his life? It’s like that. Only I don’t have to put up with Meg Ryan. I wouldn’t mind meeting Abe Vigoda, however. 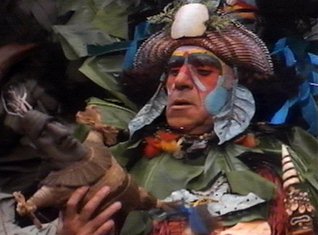 We had two amazing shows in Portland, one even in a video game arcade. I won a Paperboy challenge, but lost the Centipede challenge. Dig Dug was there to pump things up. Pac-Man ate up our set. Frogger had to avoid getting flattened in the pit. Defender made sure no one got hurt, though. Q-Bert hopped around. Burger Time catered and all was good.

We had a great time with Midian, Wolves in the Throne Room, Order of the Vulture, Grey, and Aldeberan. I’d say we had a good time with Skarp, but those bastards gave us all skarpies. They’re a grabby bunch of crusties. I’d recall all their antics, but being as they’re blackout grind, I’m sure they’d rather not recall.

The fellas in Wormwood let us crash at their place, along with about twenty other people all in the mood to kill beers. WE HATE BEERS!! KILL THEM ALL!!! All I can say about that night is once metal heads start spontaneously breaking into the hokey pokey, they’ve probably had enough.

Our friend Jennifer in Portland was nice enough to put us up not once, but twice! Will she ever learn? Maybe she did after Aesop took a giant crap on her living room floor. Alright, that never happened, unless you could gather up all the pootons from his farts and reconstitute them as a turd. We HAVE the technology.

We also had an awesome time in Arcada. No, not the arcade, Arcada. I’m not sure Arcada is big enough to have an arcade. They were barely big enough to fit our gear into the town. You know that town square from Back to the Future? That’s what Arcada is like, and that’s mostly it, so far as I can tell. I’m still convinced that most of the buildings are just facades. Still, the show went off, our friend Whitney bought us all jello shots, we played for a long time, and Laurie even got molested by a hippy chick who was grinding against her during our set. It’s fun watching blackfeet try to pit in a space approximately five feet by five feet.

Hopefully Ludicra will get more opportunities to do some more shows, maybe even on some other coasts (hint to any insane promoters). Or in the midwest?!? Who knows!! I sure as hell don’t. I’m back under the flourescents, my brain cloud is metastisizing, and I’m waiting for that offer to go to Waponi Woo to be thrown into a volcano. 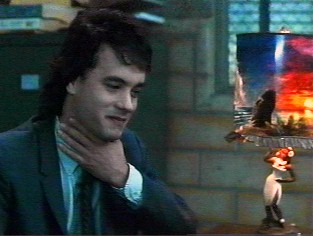 Fuck… I don’t even have a lamp on my desk. They took it away yesterday. Seriously.