DI boxes. I didn’t like them. I didn’t understand them. I’ve invested in this refrigerator size cab and monster amp spewing forth fuzz and ass-end frequencies. Then, some sound guy comes along and puts a DI box before the amp and cab, negating the EQ on my amp, and cranks fuzz sans bass. Now it still sounds like ass, but not in the good way. Why can’t they just mic it?

The theory behind DI boxes on bass is that it sends the full load of bass frequencies to the mixing board for the PA, down to around 40-30 Hz. Most common microphones have frequency limitations in this area. 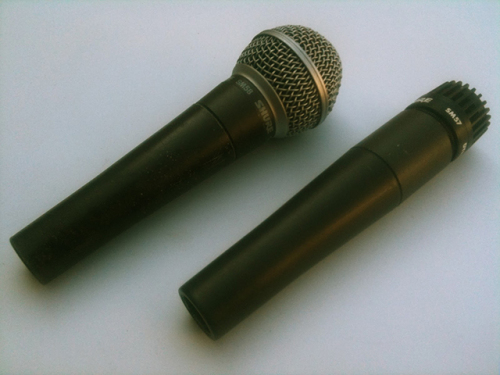 One of the most prevalent mics around, the Shure SM58, only goes down to around 50 Hz. It’s really meant for vocals. In a nicer club they’ll have Shure SM57s that go down to 40 Hz. Without getting too much into the math that I don’t fully understand, my lowest D note comes in around 36 Hz. If I ask a typical sound guy to mic me with one of the typical mics lying around, I lose bass. If I ask him to DI it, without him “knowing” my sound, he might not EQ it at the board. It’ll be Detroit Fart City coming out of the PA. How to solve this dilemma?

Solution 1: Have an amp with a DI out. 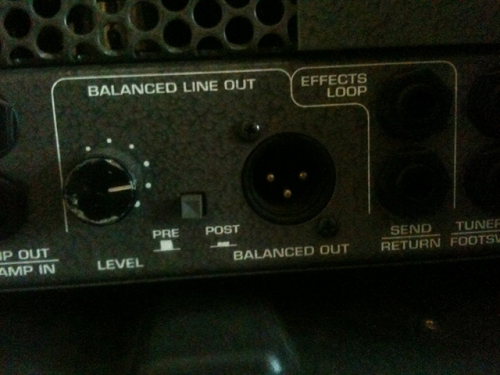 My SVT2 Pro has a balanced output for the soundboard. It comes after the preamp and allows me to tailor the EQ myself. My fuzz will sound nice and boomy, as I intended it. But I’m not bringing this amp on my next tour. I’m bringing my really pretty vintage V4B that’s older than me. There’s no balanced output on something that old, except me, and my output is very messy.

Solution 2: On the Ampeg V4B that I’ll be bringing on tour, there is an extension amp out, which could be plugged into the soundboard. 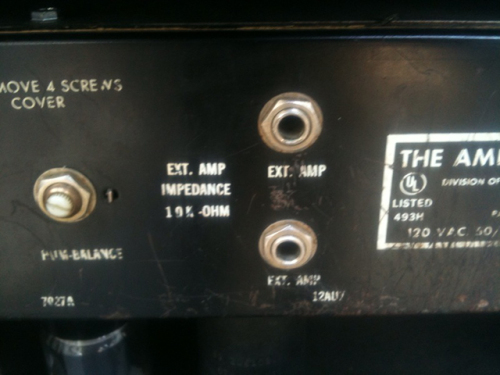 This is meant to be used with another amp as a “slave.” Not only is that racist, the output gain is controlled by the volume on the amp. I don’t want to change my stage volume for the soundboard. Also, it’s not a low impedance balanced out like some 200′ cable to the soundboard wants.

Solution 3: Bring my own mic made for bass AND my own DI box. This is the final solution. But not in a racist way (even if the microphone IS German).

– the microphone: Any mic that works for kick drums is supposed to be equally good for bass guitar. Some affordable ones that came up were the Audix D6 and the AKG D112. Upon query, my sound engineer friends most frequently mentioned the Sennheiser MD421. It’s a big, sturdy mic, extremely directional with a tight cardioid pattern, and captures down to 30 Hz. It’s a well regarded mic for toms, kick, and bass. It also features a bass roll-off switch for guitar or vocals. Sure, why not get something I can use for lots of stuff. This mic has been produced since 1960, and I like staying power. 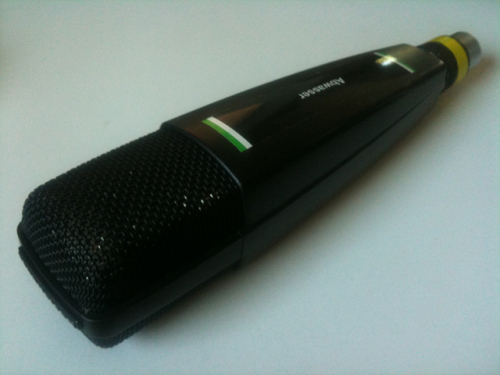 On a side note, there’s the old Mark I and the newer Mark II. Apparently one has an aluminum basket and the other a copper. I don’t know what that means. I know general opinion rolls toward the overall sound of the original, as opinions so oft do, and that happened to be the cheaper one I found used on eBay.

The MD421 has a much derided plastic mic clip. It’s a little fragile thing that slips into the side of the mic and falls a lot. I opted to get the aluminum shock mount clip. It should hold it better and help to avoid any weird sub-harmonics getting through to the microphone itself via whatever stand it is on. 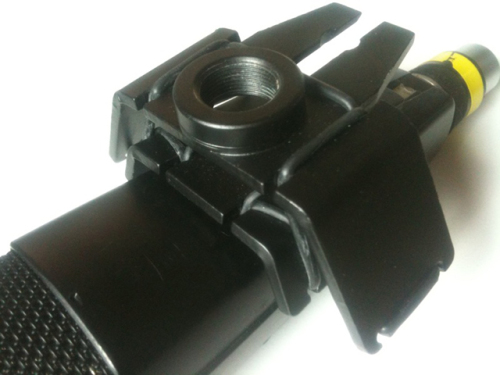 – the DI box: I really wanted a DI box that I could shape into “my sound” i.e. gigantic pig farts. Most DIs are only that, direct input boxes. Without bringing an entire pre-amp, you’re S.O.L. So, I’ve opted to bring along the Sansamp Bass Driver DI by Tech 21. 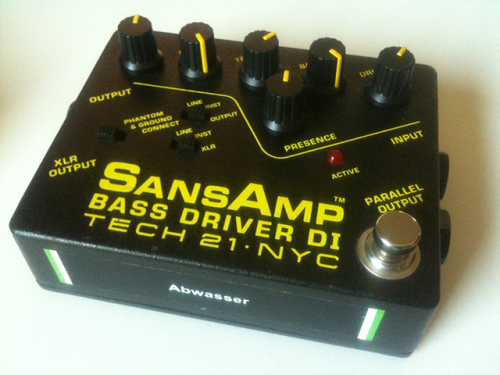 The Bass Driver is not necessarily the best DI available. It is, however, the only one I know that can engage an EQ to copy the tone of a bass amp before it reaches the soundboard. I tried plugging this straight into my computer for some “amp modeling” and it worked for that, too. Huzzah for functionality! Even more, you can use this as an overdrive / distortion pedal instead of a DI, as Dan Lilker has told me he does. (Actually, I have no idea if he uses this or the guitar Sansamp. I forgot to ask)

I did some A/B tests between our PA and my actual amp and cab, and I came up with settings for the Sansamp that approximate my the sound of my V4B. The manual for the Sansamp comes with a page to write down custom amp model settings along with a few old faves. I’ve taped these down to the bottom of the pedal so I can dial it in quick while on stage. 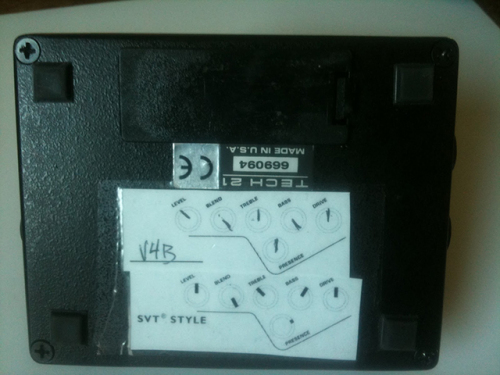 I run it with a power adapter plugged straight into the AC outlet on the back of my amp. Fuck batteries.

I played the Oakland Metro a week ago with this set up. Judging by the super compressed Flash audio of YouTube, always the best way to hear hi-fidelity live music, this bass experiment was a success. It sounded big, it sounded like me, and it probably made a few people poop their pants.