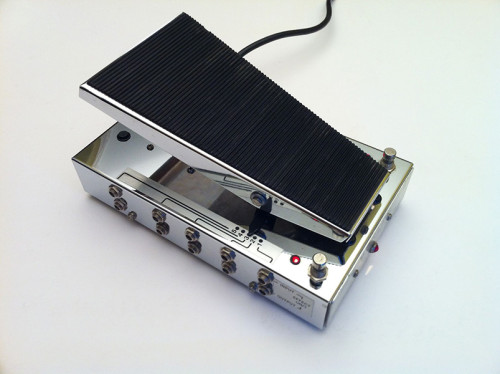 This is one of the most interestingly engineered Morley pedals I’ve come across. While they kept their big, chrome box, they made a lot of modifications. The treadle mounts are in the center on a pole. The on/off is under the treadle and somewhat annoying to access. Most Morley pedals work very simply; the treadle rocks up and down. This pedal rocks up and down as well as side to side. That’s how you select which patch, or which effect you’re going to use. 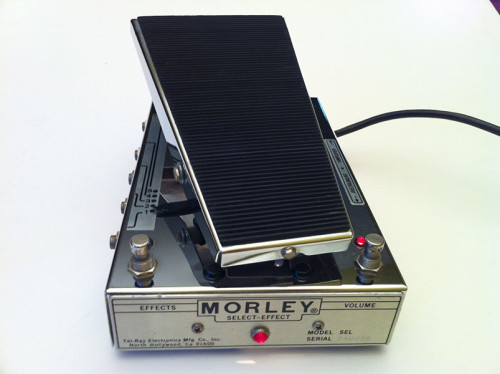 There’s a pivot inside for the foot treadle, as well as a rubber gasket that follows the lever that lifts the light curtain up and down. This allows the LDR volume adjustment to function normally. 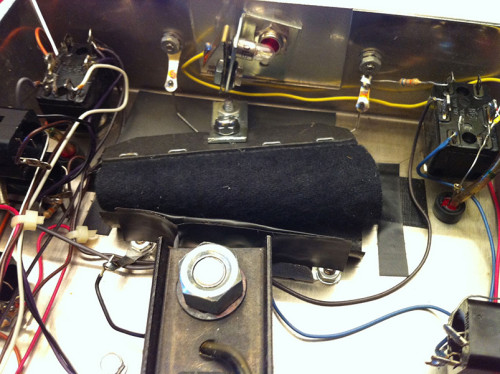 The pivot slides a spring lock in and out of a series of pockets to put make the contact plate hit one of five junctions. 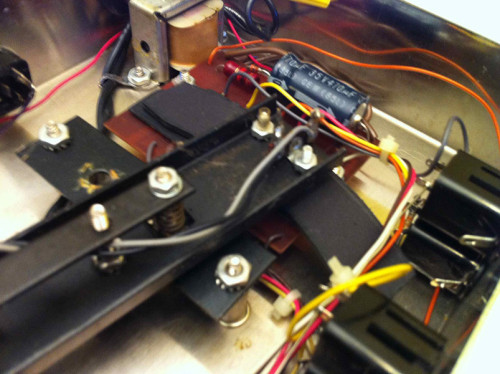 Complicated? Well, that doesn’t even include the system of switch connections. It’s wired so you can also plug just into the “output” of each patch and switch instruments instead of effects loops. If nothing is plugged in, the original instrument signal goes through. All that and it still is able to work as a volume pedal, too. 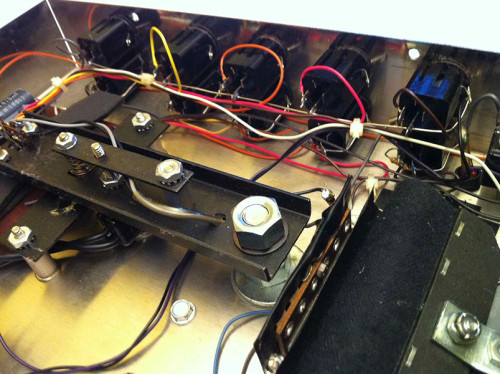 Sometimes, I’m infinitely more impressed by what mechanics can be fit into a pedal as opposed to the electronics. Somebody worked real hard on this. 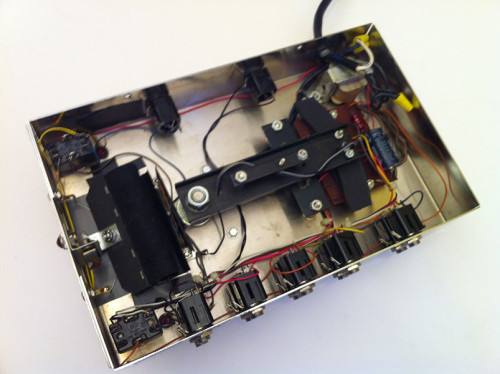 In order to engage the effects, you first have to press the “Effects” foot switch. Then you can switch between one of the five patch bays by rotating the foot treadle left or right. Or vice versa, I suppose. 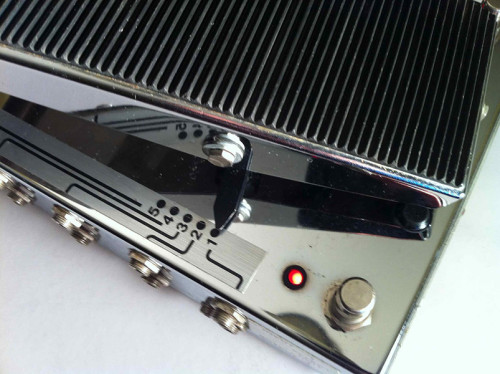 And there’s the rub; say you want to go from effects loop one to effects loop five. You have to slide through effects loops two to four. How’s that gonna sound live, blasting through five effects at once? Maybe you could slide to the right effect on the foot pedal and then click the effect on; how complicated is that to figure out while you’re shredding? I mean, guitarists can barely manage to wipe their own butts on a GOOD day. 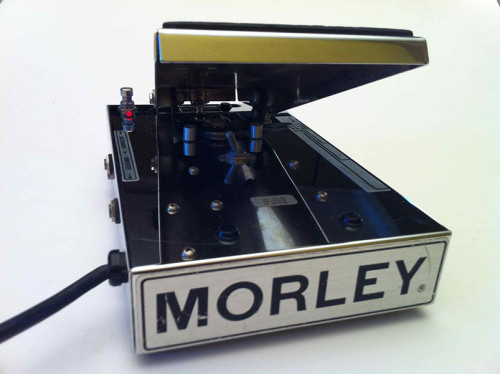 Basically, Morley missed the point way back then. Bless them for trying, but this is ass. The Morley SEL is most tragic in that it does show true Yankee ingenuity, but also the inability of American industry to modernize with the Far East in the 1980s. And that’s why your LCD flatscreen television says Sony instead of GM. It’s also the reason you’re not gonna find one o’ these on a stage near you. If you want a single box to switch multiple pedal effects, a true-bypass strip is the way to go.

I should mention I paid way, way, way too much for the pedal you see in these photos. I’m a geeky collector. I ended up getting rid of it to some other happy collector for the same price… before I published this review. I may be a geek, but I’m not a dummy.