Dino used to do some vocals in Ghoul. He’d also done vocals for his previous bands, Asunder and Dystopia. It’s rare to find drummers who can also vocalize, and rarer that they aren’t ugly like Jimmy Marino of the Romantics. Well, one outta two ain’t bad. Dino can growl with the best of them while playing drums, and he wasn’t doing it anymore. I really wanted him back to singing on our upcoming tour.

At least one reason he gave up was the mic stand. For years, Dino had to have a big ass boom stand, balanced with the arm stretched all the way out, and placed oddly somewhere amongst his jungle of cymbal stands. This just doesn’t make sense and it’s a pain in the ass to set up. I’ve seen it lots of other times with other drummers mucking shit up and the mic flailing about.

When I drove Woe on tour earlier in 2011, we had one bullshit cymbal stand with an extension clamp on it, because the top of the stand was broken. The extension clamp attached to the original stand and held a cymbal stand arm… could it hold a mic stand? I found the thing in the sea of junk at our space, and indeed… it could not. It was only meant to hold an arm. I was stumped, until I looked at Raul’s set (Impaled and Sean’s Band share a space, FYI). He had Tama clamps that attached to one stand with space to attach part of another full size stand.

I went out to Starving Musician, a local music gear shop with tons of great new and used gear, and picked this up… 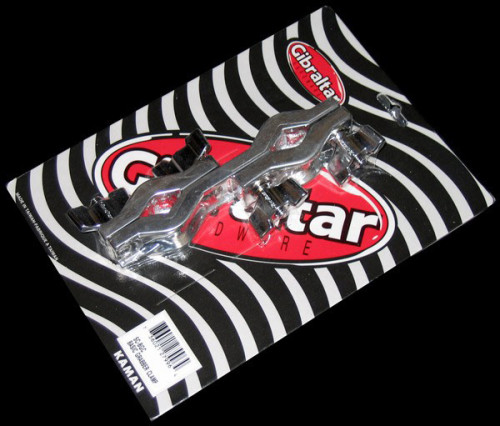 This Gibraltar clamp is the same as Raul’s Tama gear, a clamp that attaches to a stand and then you can attach another stand to the other end of the clamp. It’s so fucking simple… just clamp in a mic stand, instead of drums. 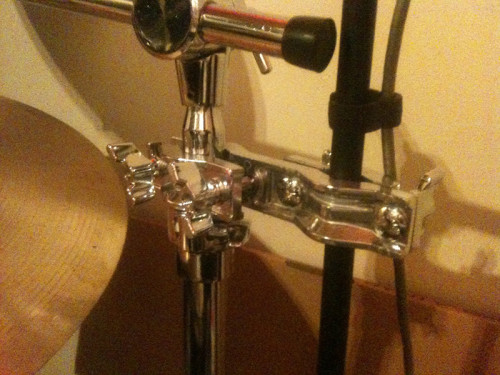 I found part of Dino’s set that stuck up vertically, the top of the china stand in this case. I attached the Gibraltar SC-BGC (here on starvingmusician.com), aka the Basic Grabber Clamp. I unscrewed the extension and boom arm from a mic stand we had available, wired the mic through some mic stand cable clips, and presto change-o… 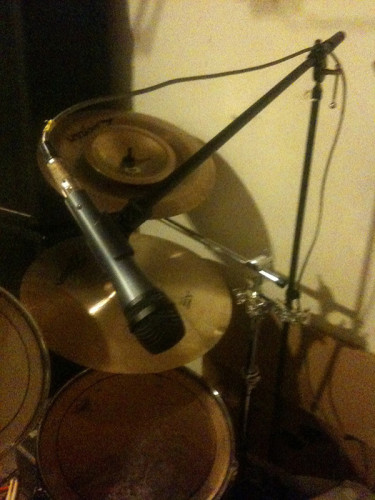 Dino’s got a mic stand that’s off the floor, easy to set up, and in his god damned face. 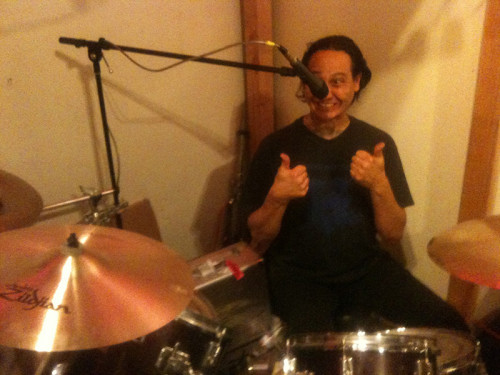 I’m sure there’s some kind of hardware clamps not meant for drums that could’ve achieved this for cheaper. With the drummer hardware, I’m at least assured it’s not going to mess up Dino’s stuff. Okay, it’s not like I just solved world hunger or split a quark, but Dino did say, “Where have you been for 20 years of my life?”

just trying to be helpful, y’all