This is by far the biggest pedal you’ll ever find that does so little. The Morley VOL volume pedal is a gigantic chrome monstrosity, powered directly by AC and it does one thing: turn you down. Looking at an original from the ’70s, gleaming and polished, it’s definitely a beauty, but is it worth it? 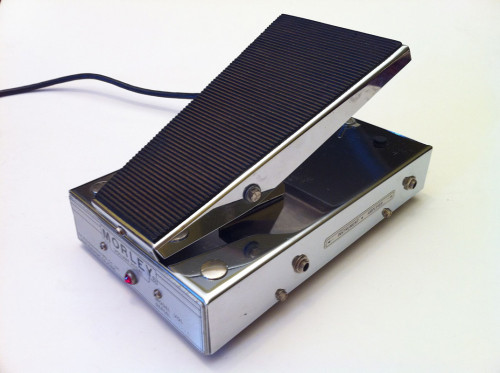 The first thing ya gotta ask yerself, do you need a volume pedal? Guitars and basses usually have a knob that does the same thing right there next to your hand. You should try using it! There are those, however, who might use a volume pedal for swells and, uh… that’s pretty much it. Presuming you need a volume pedal, it’s best to take a closer look before you make room on your pedal board for this one-trick pony that’s the size of a pony.

There isn’t much to the inside of a Morley VOL pedal. Most of those big electronic components in the picture below go towards powering that teeny tiny 387 mini-bulb for the power-on indicator light. Don’t forget, though, that the power involved is no joke; that’s 110 volts going into that transformer. Don’t cross the streams! 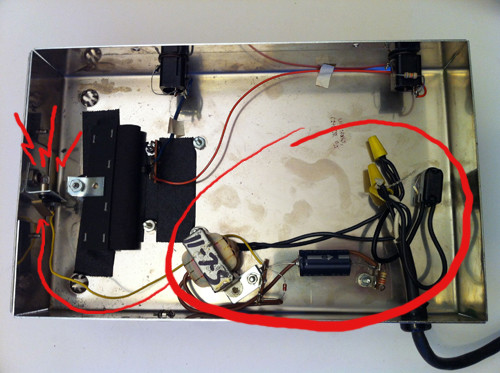 All that fuss over just a little bulb. That bulb, however, is half of what makes a Morley tick. The other half is the LDR, or light-dependent resistor. What the hell is that? It’s a little sensor that offers variable resistance depending on how much light is or isn’t being shone on it. Maybe it’s easier to think of it like a knob that you turn by shining a light on it. 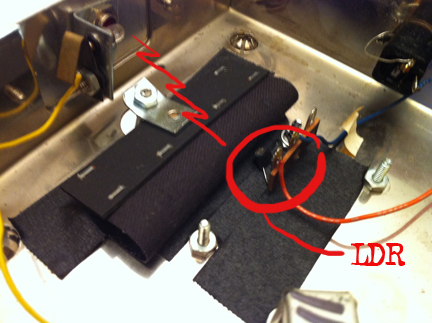 The Lubow brothers, the founders of Morley and Tel Ray, made a box for all their pedals similar to the original wah. Then they ditched the gear and pinion set up in favor of the LDR. A simple curtain of tolex is fastened to the foot treadle and it covers and uncovers the LDR as the foot is rocked back and forth. In the Morley VOL, the LDR has full resistance and blocks the signal when it is covered. When it’s uncovered and the power light is shining brightly on it, the LDR is open and the instrument signal goes through.

In the Morley instruction manual, they tout this set up as superior because it doesn’t require a potentiometer which can become scratchy. True, it just requires a big chrome box the size of your head. And despite the quality with which it works and was built, I am always stunned they used masking tape to hold it together.

Ass. As much as I love me some old timey Morley effects, the VOL is simply ass. It’s too big for what little it does and there are better options available these days. Check out some much smaller DOD volume pedal.

Considering that these go for around $45 on eBay these days, however, they can actually be had cheaper than a newer volume pedal. A Morley VOL is worth about 15% what it was originally sold for. That’s after adjusting for inflation from a 1977 price guide. It’s not a bad deal if you wanna show off some ’70s nostalgia while pissing off your bandmates with your gigant-o pedal collection. And then it’s class.