I been working hard. I love it. My supervisor was gone from work Friday so I had to take care of stuff. I find some kind of orgasmic property in work-induced stress. Perhaps I channel the unprovable orgone energy into my occular cavities by way of squinting at sheets of data. 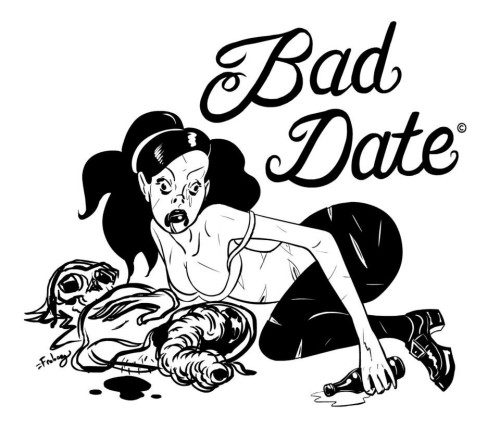 I called my friend Rosemarie on Friday. She is way cool. There are few people I am agog to talk with on the phone, so much so, I had to aglog about it. She told me about the zombie shoot. Actually, she just said the word “zombie film” and I blurted out, “I’m there!! Where? When?” I like zombies. Can you tell? If there is one way to be, it’s to zom-be.

So, Saturday, we set out in my new molester van (big van, no windows, Ted Bundy Fun Kit in the back) and went to Port Costa, which is not a town so much as it is a street with a hotel and a bar at the end of it. Some people had rented rooms in the hotel, an old bordello, and by the plaque outside, proudly one of the best in its day. Now, it was a wreck. Cracked walls, creaky stairs, the works. The bar next door was a bit nice in that it had a selection of 450 micro brews. I didn’t really notice the decor, I was too busy drooling over the beer menu. 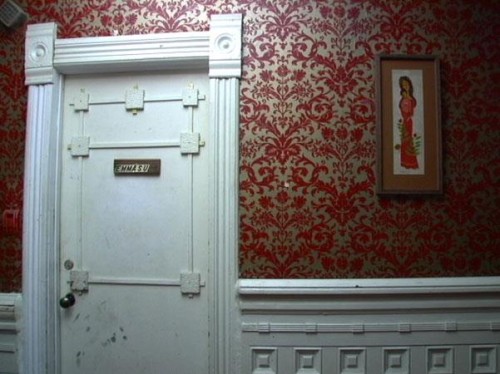 I had brought my make-up kit, really just to do me and Rosemarie’s make-up so we could be extras in this film. I did, however, offer up my services, should they be needed. They were… oh boy, were they. Lots of extras showed up for the big zombie party scene, and I was put to work turning folks into zombies. I love doing this, and they’d bought beer, so I was pretty much in heaven. A hot, stinky, drunken heaven. I don’t know how many I did, but the co-directors (chicks!! kinda rare in horror) we’re quite complimentary.

Hours later we got to film, and me and Rosemarie wrestled and chewed on eachothers arms. She got freaked by a normie in way too short shorts. I think I ran into some other people while doing zombie dancing and got beer poured into my nose. Rosemarie got projectile vomitted onto, too… that lucky snot.