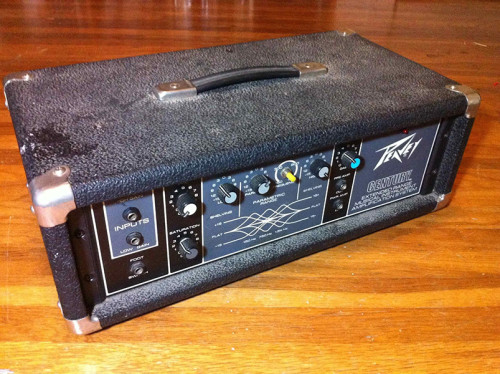 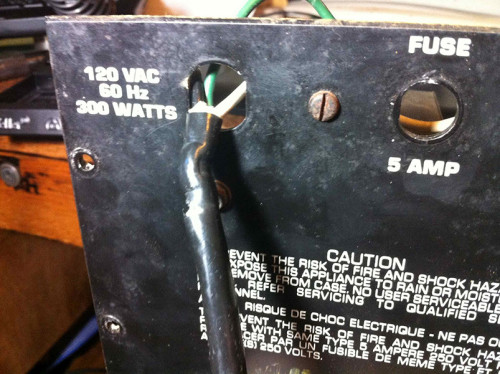 When the amp went down, the power cord got pulled, and the neutral wire broke off the end of the fuse holder. That was the only damage and it was completely user error. Not bad for a 23 year old amplifier.

Now, I hate this phrase so oft used to describe music gear: “it’s built like a tank.” Do you know why tanks have to have a mechanic on them at all times? Because they break down. A lot. Sure, they’re tough, but do they last? Hardly. So, for this Peavey Century, I posit the new phrase: it’s built like a fruitcake. 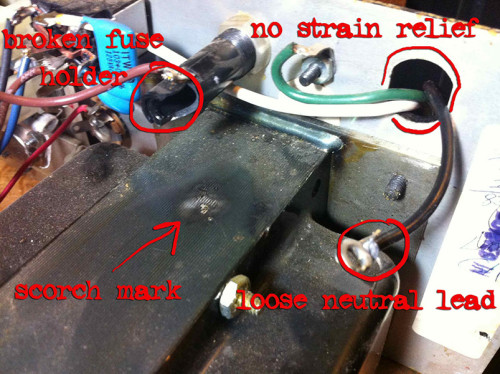 I was a little worried about the scorch mark on the power transformer. A fuse’s main purpose is to protect from a fire, not to protect an amplifier’s guts. Without a fuse and power from one of the leads hitting ground, however, there could’ve been potential damage in the circuit. Why fucking worry, though, it’s a Peavey! It’s built like a fruitcake! 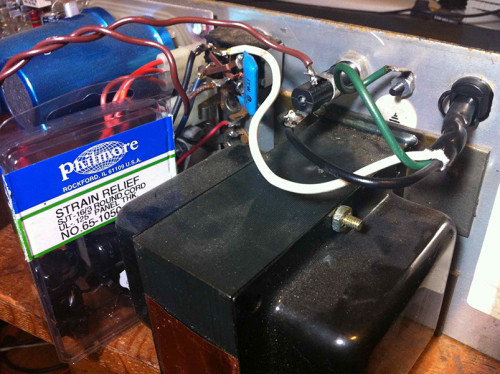 I installed the new strain relief on the cord (Philmore part number 65-1050) and matched the fuse holder at my local, kinda friendly electronics shop, Al Lasher’s. The back of the Century looked much better now without dangling, 120V death-dealing power cords sprouting from it. It fired up just fine and was working greaaaaaa… within technical specification. 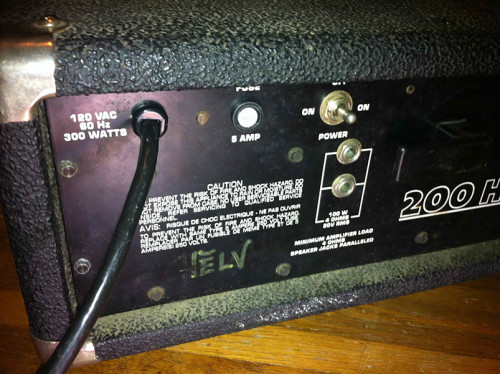 Nominally, this is a 100W bass or keyboard head, as stated by the literature. Just enough power for loud, live music. The literature also states that this utilitarian head, “with the inclusion of [their] unique ‘Saturation™’ effect is also a truly exceptional 100 watt guitar amplifier.” It’s supposed to emulate the harmonics of a tube amp, but it looked like nothing more than a common diode-clipping distortion circuit with a gain boost on the dual-gang potentiometer.

Mark likes the Century as a beater, punk rock bass amp, pumping up the saturation knob to the hilt. I put it to the test as a guitar amp.

“Exceptional” is not the word I would have used for the Peavey Century as a guitar amplifier. “Almost adequate” is as kind as I can be (kinda like my guitar playing). The cleans sounded kind of hollow. That saturation knob did have some kinda nice stonery tone to it, but nothing for metal. It certainly didn’t punk me into thinking I was playing a tube amp. I did like the mids control and boost, but it wasn’t a deal maker.

These era Peavey’s go for super cheap on the after market, much as they did on the before market in their salad days. If ya find a steal, it’s okay for a beater and back-up. The fucker will not die. It’s Peavey, after all, and it’s built like a fruitcake!