First off… woop. MySpace makes the world a small place. Sorry to the two lovely young ladies to whom I referred to as being 16 year old girls. Thanks for being cool and coming to the show!

Second… yesterday on BART. I was working on a 7″ for Engorged. All of a sudden I got bumped and my dot dot dot dot insance drawing got a new little line in it. Dammit. 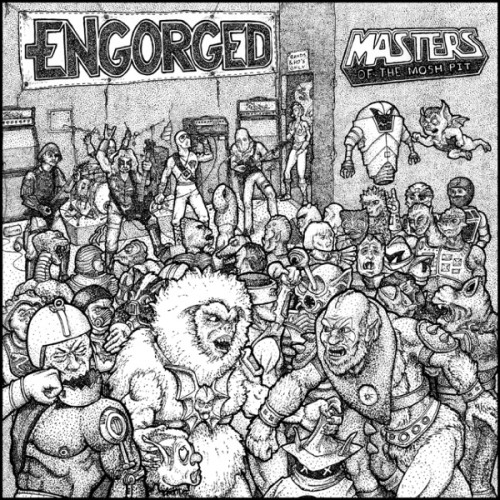 I turned around, and this young boy was standing there just waiting to get punched. Instead, I smiled at his mother and said, “That’s okay,” as she apologized to me.

The boy then came up and stared intently at my drawing. I told him I was drawing monsters, and his mother said he loved monsters. We got on BART, and as I sat down, the boy dragged his mother towards me so he could watch me draw. She was very apologetic, but I told her it was cool. Some other lady smiled at the scene. He watched intently… dot dot dot. I asked him what his favorite monster was. He was quite and his mother said, “He is S-H-Y.” Okay, it’s cool…

I asked him what his favorite monster was on the page, and he pointed one out. His mother smiled. I asked him if he liked to draw, and he nodded. I asked him if he wanted a monster, and he said, “Yes.” I got out a pencil, turned the page and began a drawing of some bizarre, angry, snarling Bigfoot. I was pretty stoked on it, actually. I had to get it done basically in the time it takes to get through the Transbay tube. I also put shorts on the beastie so his mother wouldn’t think I was some pervo. I gave it to the boy as he and his mother exited the train. She said, “Thank you!” ever so gratefully as the boy stared intently at his new monster.

I should’ve punched him. 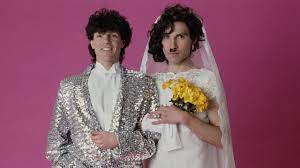