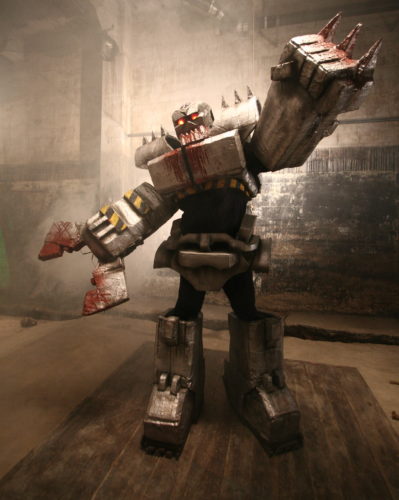 Now, my followers, to enslave and moralize the citizens of Creepsylvania (and the world), follow my commands for the following upgrade to the occular and cranial systems of Killbot so he may flush those amoral, thrashing cannibals from their hive of scum and villainy!

Criminy, it looks like a bunch of flashlights in this crummy thing. This has got to go. First, minions, get a flashing LED kit from the local Creepsylvania Telegraph Shack. We shall butcher this to enforce our will! We want to give Killbot more power, so we must bend the circuit to use four Super Bright LEDs instead of two regular ones. 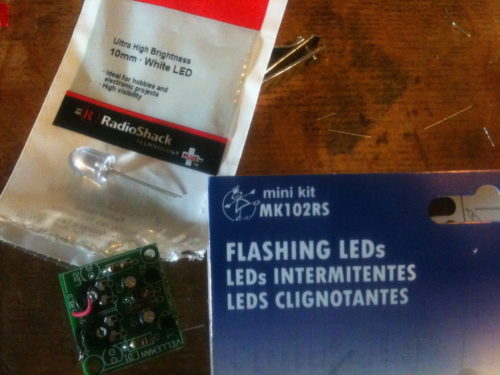 Like our law, Ohm’s law is unbreakable. The new resistors are calculated by running the equation Resistance = Voltage / Input. In our case, we will be using a nine volt battery for maximum killing power and running the super bright LEDs as two parallel sets (each requiring 3.1v at 20milliamp), so we use the amperage together for the input. Hence, voltage9v – led3.1v / 40 milliamps. That gives us a resistance of 147.5 Ohms. Or just use an online LED calculator, you fools! We will need to place 150 Ohm resistors in place of the originals provided by Telegraph Shack.

We want to make sure these LEDs disperse their light all over Killbots transluscent brain well, for ultimate battle cognition. To do this, take the clear, rounded LEDs and file down the tips until they are flat, and burnish the sides so they are foggy. Now the light will disperse better. Place the LEDs on separate circuit boards that tap into the blinking circuit to hold them up inside of some sort of project box. 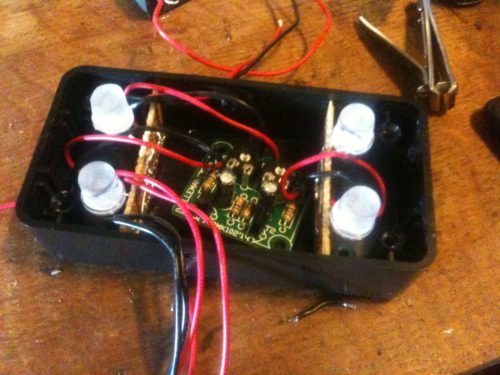 The LEDs for the eyes must each be run parallel to the 9v power source of the blinking circuit on a circuit board of their own. We don’t want Killbot constantly winking at his enemies, or they won’t take him seriously! Again, we use Ohm’s law to calculate 9v – 3.1vLED / 20 mA = 295 Ohms. Use a 300 Ohm resistor for each LED. The lights are run through a cavity in Killbots cranium to his eye sockets.

The project box with all the circuits and attached to the eyes should be buried in Killbot’s cranium with the 9v power source. It must all attach to a single SPST on/off switch for ease of use. 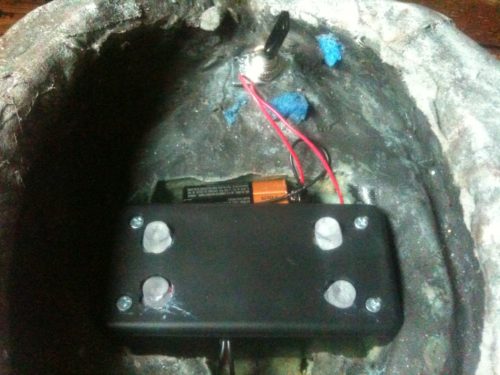 You fools, if you can’t understand all of that, just follow your Leader’s schematic! 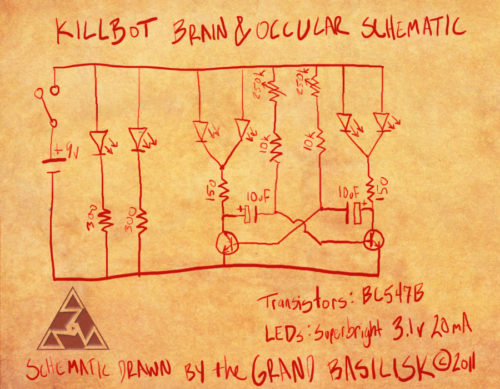 Success! And now, for sure, those evil cannibals in Ghoul will suffer death and defeat from my legions led by an improved Killbot! I mean, unless they made friends with some sort of giant prehistoric savage humonkey warrior, or something. What are the chances?

Your leader
The Grand Basilisk

One thought on “Killing Kids in America 5: Killbot” 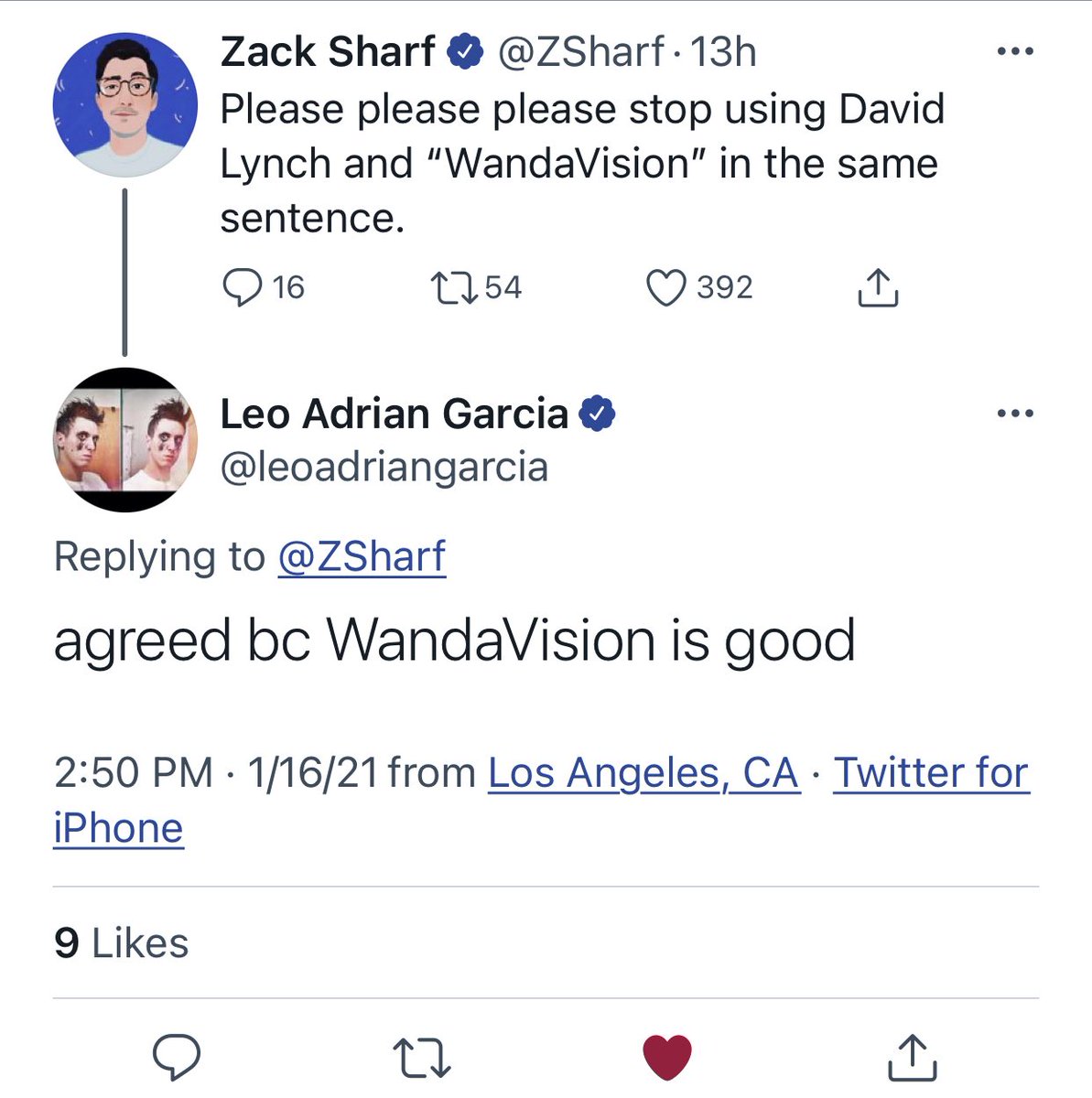