The final stretch, the final act, the big ending, the showdown, the finish line, the curtains drawing, the… end of euphemism. As we drove out in the morning from Poughkeepsie to Hampton Beach, our touring with GWAR was drawing to a close. Our brakes are squeaking and burning just a little, but there’s just no time to take care of it. We have to hustle for there are faces to rock off. 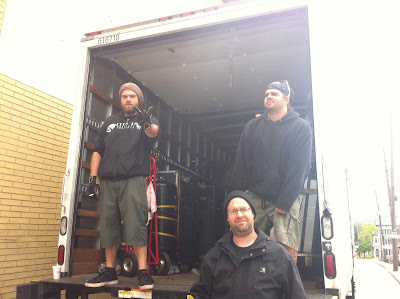 The shit just unfold on stage after a quick assessment by Bob and Matt on the where’s of each piece of the set. 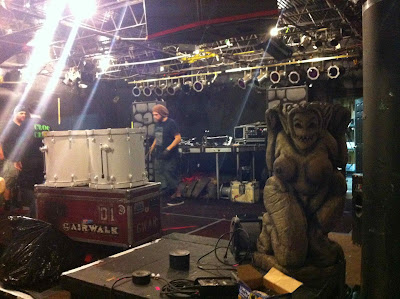 And then there exists the Castle of Death that GWAR will be spending an evening in. 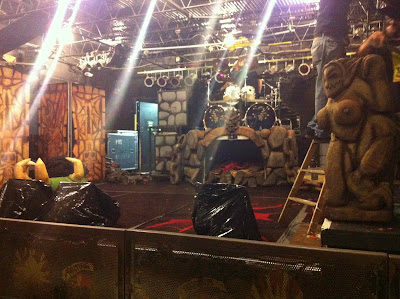 I myself was given a special gift by GWAR for this final performance of the tour… I was to be decapitated onstage!

In the morning, Mr. Gorman had sprung it on me… I guess the rest of my band knew the surprise coming. Pretty much every GWAR show starts with a decapitation, and this tour cycle was no different. The first character to get decapitated was Death’s assistant, the deed holder (for lack of a better name). Bob told me I was going to be inside the suit this evening. No lie, it put butterflies in my stomach. What an honor for a geek like me.

Before the doors, I tried the costume piece on… holy shit, it sucks. It’s basically like being rolled up inside of a mattress. Foam on all sides, I couldn’t hear anything and my vision was cut down to two tiny slits. I could barely see in front of me let alone on either side. I was supposed to navigate my way to the front of the stage in this thing and NOT fall off? Holy shit. And I thought wearing some dipshit hood was hard.

The show began, and our band performed and had a great time to a totally insane audience. It was a nice ending to an amazing run with GWAR. After loading all our shit in the trailer, I headed to GWAR’s backstage and prepared. A spew hose was run through my pants making it even more nerve wracking that I might just fall over and bumble the whole thing. I put the upper torso on and everything turned into a muffled mess.

I got the cue and managed to make my way to my mark. I emoted with my arms as best I could and then got just the barest glimpse of Oderus Urungus swinging a sword to my “head.”

SPEW!!! I bent over to unleash a torrent of blood on the wanting audience. I really couldn’t see anything. I just tried to jiggle like a newly slain victim and get the blood everywhere. Maybe I saw some people dancing turn red, but it might have been hallucinations. I was breathing so hard under all that foam I nearly passed out. The sound of my own suffocation was louder than the music. When my part was over and the appliance was removed, Bob said I looked like a 16 year-old, grinning ear to ear. Confirmed bohab.

I took leave of the stage only to return for the encore with the rest of our band. Two of us, along with Laura from Kylesa, were unfortunately fed to the World Maggot. Sean, Scott, and I got to partake in beheading the beast. I can’t lie, I took great delight in shoving Dan and Dino into the hands of the slaves to become maggot food. That’s revenge for letting me be eaten at the end of the last tour in Portland, OR.

Finally, the last performance of The Road Behind. I took my place near the front of the crowd to get spewed on myself during the epic dedication to fallen scumdog, Flattus Maximus aka Cory Smoot. He passed during our first tour with GWAR in one of the most difficult times I’ve ever bared witness to for a band. This whole tour was dedicated to his memory. I think they handled it with class and decor, an odd compliment for a band known for being so vulgar. It was an impossible task but they met the challenge to get through it.

After the song, as every night, lighters were held high during a playback of Frank Sinatra’s “My Way.” I ran back to the stage and held my lighter aloft with the rest.

As the song ended, the lighters were lowered. I grabbed MX2’s hand and gave it a hearty squeeze as I wiped my eyes dry. Dave Brockie kissed Cory’s guitar goodbye and then held it up for the crowd. Finally, it was taken off stage for the final time… 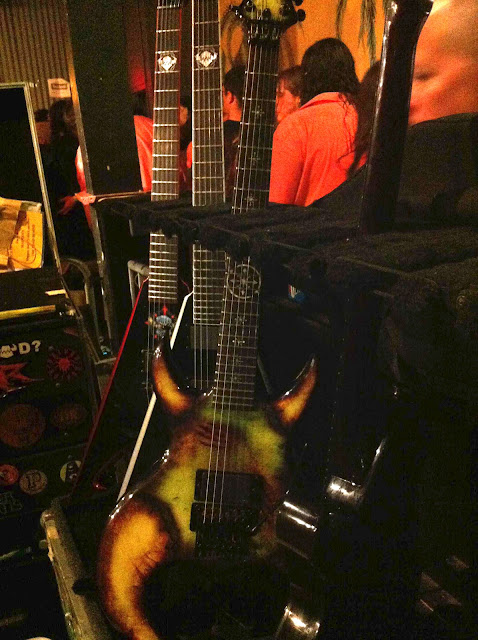 And that was that. Our second tour with the scumdogs was over. We’d been there for a most difficult time along with one of our favorite bands and their amazing crew. We walked away as family and friends. And after all the people had left, the gear packed, and the onslaught was over, naught was left but a very, very dirty floor. 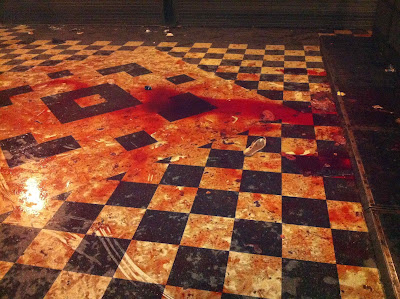 Till the next time… our journey with GWAR, Municipal Waste, Kylesa, and Legacy of Disorder may be over, but after a few weeks rest at home, WE will be back on the road… it’s no lie. And you stupid fucking humans WILL pay money to die. 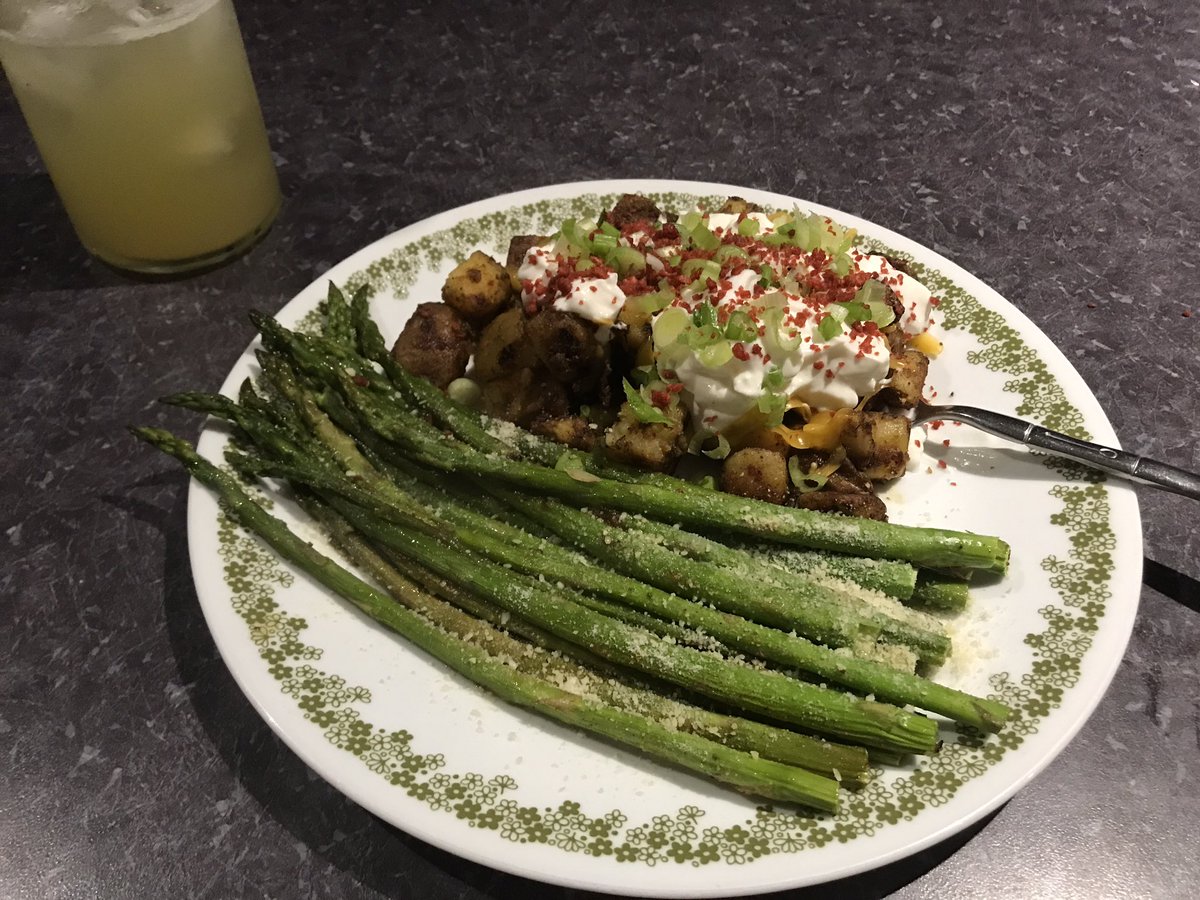