Roughly halfway through our tour, we flew over the Panama Canal and headed for the first time into South America. Only Mike had been here before, doing tech work for Exodus. For the rest of us, this was new ground. Half-way through my life, new ground is rare. We landed in Medellin, Colombia, and had one of the most beautiful drives through verdant mountains into one of the coolest looking cities I’ve ever seen.

And the drive was pretty much all I saw. We got to the club and prepared for our fucking four hour long sound check or whatever. Baz was especially uncomfortable, having been knocked down by the ‘rrhea earlier that day. Mike would follow. All of Beyond Creation was already suffering days before. Oddly, Matt, whose bowels are regularly known to be home of the devil, is the only one who came out of this Latin American tour unscathed by the demon bung water.

People were starting to feel the pain. Flying everyday sound glamorous, but it is shit. Unlike jumping in a van, where you can kinda stay still or sleep for a few hours to the next venue, flying involves getting up, getting a shuttle to the airport, checking in, dropping off baggage, security, border, customs, finding your gate, waiting to board, fighting for overhead bin space, just a bit of flying, then up to disembark, customs and border, luggage, shuttle, I mean, you get it. There’s no chance to catch some Zzzzz before you’re starting up again on the nightlife. You get it in where you can, like the floor of a club.

Medellin was cool, the crowd was nice, the owner particularly attuned to making sure we had everything we needed. I’d noticed a local screwing around with some wood and paint earlier in the day, only to be stunned by the gift he presented us and Beyond Creation with… carved logos of our bands. I mean, fuck, I can’t even redraw that dumb ass logo without help.

The next day we flew out to Bogota, Colombia. It was here where we had a luggage fiasco created by not reading the details on the luggage of a cheap airline. The mother fuckers had half the weight specified for every piece of luggage that every other airline ever has had. So, we got charged up the wazoo for everything. It was all paid back eventually by our booker, Jairo, but it took forever trying to communicate through my broken-ass high school Spanish and the TMs Portugese-accented Spanish. Viva Colombia Air gets a big thumbs down.

And then the flight got delayed six hours. Fuuuuuck… oh well, time to catch some more sleep.

We eventually made it to Bogota and had to do more photos as we boarded the place to assure people we were actually making it. I feel like cancellations in Latin America must happen a lot for them to need so many reassurances. Or maybe that’s just the modern social media environment we live in. In any case, we skipped the soundcheck, got dinner delivered to our hotel which was like three blocks from the venue. After soaking in some rest, we headed to the venue, where the show was running like more than two hours late. AUGH! But, nobody left, the party raged, and we had an amazing show.

Towards the end of our set, however, Matt had… a problem. He’d told me he needed to shit, but the bathroom was across a sea of like four hundred people. I said hold it, and he did… until he could hold it no longer. He ran backstage where Beyond Creation was entertaining some guests and havin their post-show dinner, and kicked them all the fuck out. There was no bathroom back there, but there was a bucket. Matt shit in the bucket. Hugo from Beyond Creation told me Matt screamed something about me talking to the crowd. So, I mustered my best possible posi-metal guy voice and tried to amp them up. I’m terrible at that. I prefer insulting the crowd, but not in this band. Eventually, Matt finished, and we started our set back up with… the MATT-er of Splatter. Not a joke.

Next up was Lima, Peru. Peru seems fucking nuts. There was a ton of shit going on at the airport, including us meeting a band that probably shoulda been on tour instead of our old, haggard, death metal asses.

The show in Peru was a bit discombobulated. We opted to skip sound check because no one could really tell us what was going on. Then food never arrived. Beyond Creation had to go on without dinner, and I swear, I’ve never met a hungrier band that needed more calories per day than them. The promoters apologized to us and took us to a Chinese place around the corner. While I had to do this at many other places on the trip, it was the first time I’ve had to explain at a Chinese place how to make their food vegetarian. “Just leave this off,” I said, to confused looks. Eventually, the long promised pizza showed up and had been home-cooked by a lovely lass and was honestly amazing.

Our show was fine, but the lights and fog machine were out of control. I could hardly do vocals or see shit. At one point, I unplugged the lights and fog machine by me, only to have the lighting guy come up, examine them, and plug them back in while I played. Ugh… I gave up. Matt eventually yelled at them on mic, something we almost never do, and told them to lay off the strobes. Peru was in the can, but people were fraying a bit around the edges.

This was probably one of my favorite venues we played and one of the coolest towns. The staff was unbelievably kind, gave us some amazing food, and the crowd was stellar. It was just us two bands and the night fucking rocked as we ripped up the same stage that Ministry apparently plays on, as well.

A quick word about bootlegs… it’s extremely common in Latin America that a bunch of people show up outside your show with tee shirts and patches for your band that you did not authorize. It’s normal. A lot of Anglo bands freak out when this happens. Get the fuck over it. It’s just the way it is. The LAST thing you wanna do is grab their stuff, say, and stomp on it. You’ll look like a total fucking asshole. People will still buy your shit. And, if you’re entrepreneurial enough, you can even go buy some of this quality stuff for the cheap Latin American prices and take it home to sell for more. Win win!

After all this constant fucking travel and diarrhea, we FINALLY got a day off in Santiago. Blessed… we slept in, some of us got our laundry done, we walked around town, got some grub and drinks, and generally had a kick ass day. It was a big relief and one of the more pleasant days I had on this journey… just hanging with my bros.

We headed to Uniclub in Buenos Aires next. I’d love to have a story here, but I don’t. No photos, nothing… I think I was in the dead zone. It was a cool show. I got stuck in an elevator at the hotel for about five minutes with Simon from Beyond Creation before the staff got us out. There was some really good empanadas backstage. I got some wine.

We were finally on the last leg of our journey into Brazil. The first day was travel only, arriving at our hotel around 2 AM. Jairo, the tour booker and bassist for Chaos Synopsis met up with us with beer in hand. Our TM, Cobra, was glad to be home. The next day, we opted to do a pick-up show/meet-n-greet to help out with the expenses of the extra plane tickets from the Mexico D.F. disaster as well as extra luggage fees incurred throughout the trip. Beyond Creation opted to keep their day off. But first, Cobra took us on a little excursion through the city of São José de Campos. We got some grub, then met this cute fucker.

We played our little one off show by ourselves after we took a zillion photos with people. One guy brought a butcher knife to this show at the Hocus Pocus cafe for us to sign. I thought, “Rad!” which was immediately followed by “holy shit, they let this guy in with a butcher knife.”

The next day, Dylan got some grub while the rest of us slept.

We headed for a drive day (yes!!! NO PLANES!) to São Paulo. It was a beautiful drive through Brazil with plenty of greenery and a great stop where we met up with the booker Jairo and his band for lunch.

Carioca Club was one of the largest stages ever and I really regretted not bringing my wireless on this tour. We still raged, and had a great time with Jairo’s band, Chaos Synopsis, backstage. The next day, we played Belo Horizonte, and this was also a big venue and a big stage, but… eh… the show was a little too small for such a large place.

Finally we got to the last stop on our jaunt, to legendary Rio de Janeiro. We ended up first at the hotel which I was told had a pool on the top floor. FINALLY I was going to get to use my swim trunks! Well, it was more like a bath tub, but hey, I’ll take what I can get. Plus, the view was remarkable, and I was happy to be half naked with Christ the Redeemer looking at me from the mountains in shame.

We were constantly told in Brazil to watch our step. Our TM Cobra repeatedly told us not to speak English loudly. I, however, am a dumbass. I just walked my ass to the club with all my gear. Oh, it gets worse. But the club itself was cool, totally embracing the finer aesthetics of rock ‘n’ roll.

The show was great, and a great end to a great tour. Unfortunately, I am dumb. I was sick of beer. So I decided to pour myself some vodka backstage. And onstage. I was fine throughout the show, but immediately after my bass was packed up, I blacked the fuck out. I have no recollection, but apparently I just grabbed my shit and walked. I had my bass, my iPad, my phone, and I walked back to the hotel completely blacked out in a neighborhood the promoters insisted the gringos needed to get cabs in for their own safety.

Well, somehow, I made it. I woke up having no clue how I got back, quickly checked that I had all my stuff, and quite proud of my drunk-ass-self for taking care of business. Of course, it was incredibly stupid. Dylan and Baz went out with Cobra and availed me of stories of aggressive beggars and people looking to fight. Did anything happen to me on the way from the club back to the hotel? Did I talk myself out of a fight or a mugging? I have no idea! But I did miss the traditional end of tour photo thanks to my dumb-assery.

The Latin American tour was over and we flew home without problem, other than leaving Baz behind in a bathroom while Mike spazzed out thinking we were going to miss our connecting flight (we didn’t). We had a day off in Exhumed’s home of San Luis Obispo, and then it was off to the REAL final leg of this Spring journey, the U.S. West Coast Face-Melter Hot Sauce Kick Off Too Many Words In The Title tour! 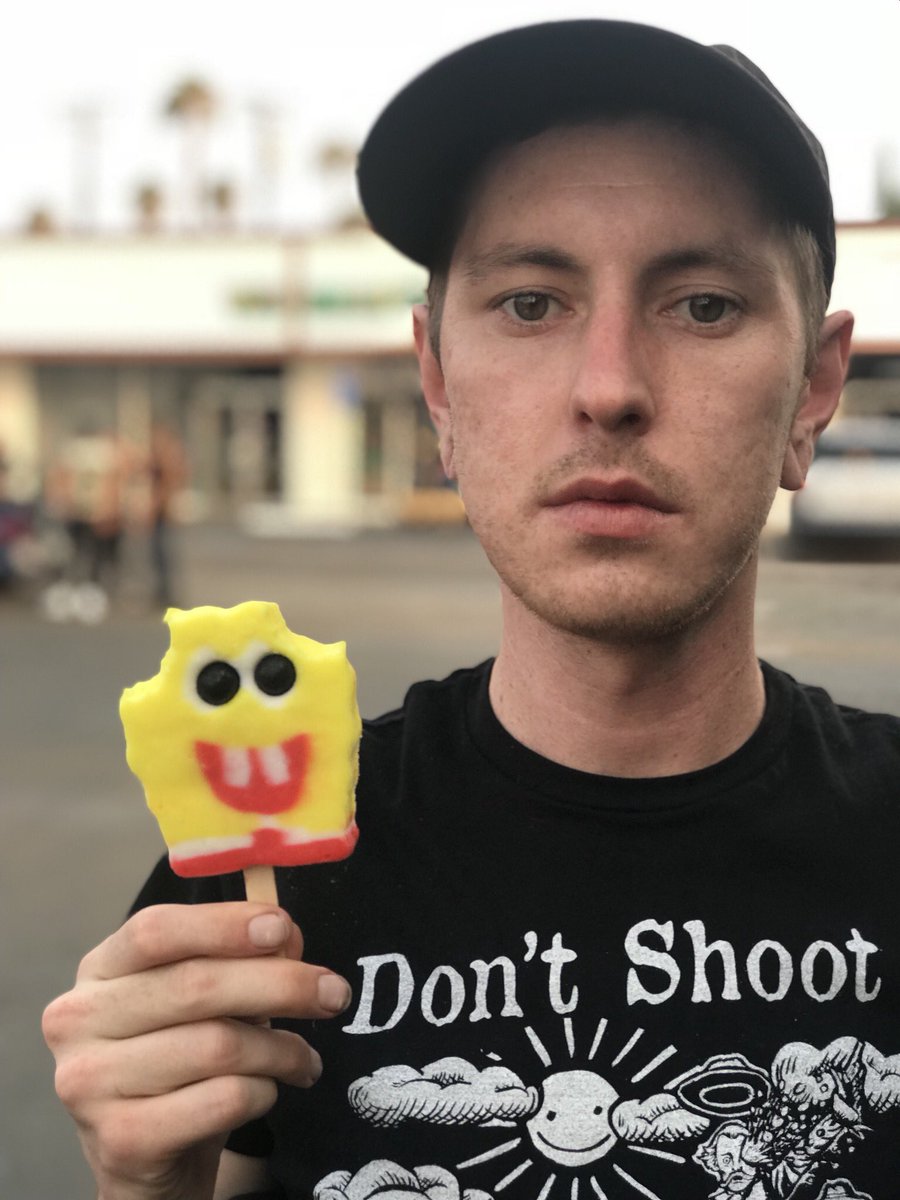 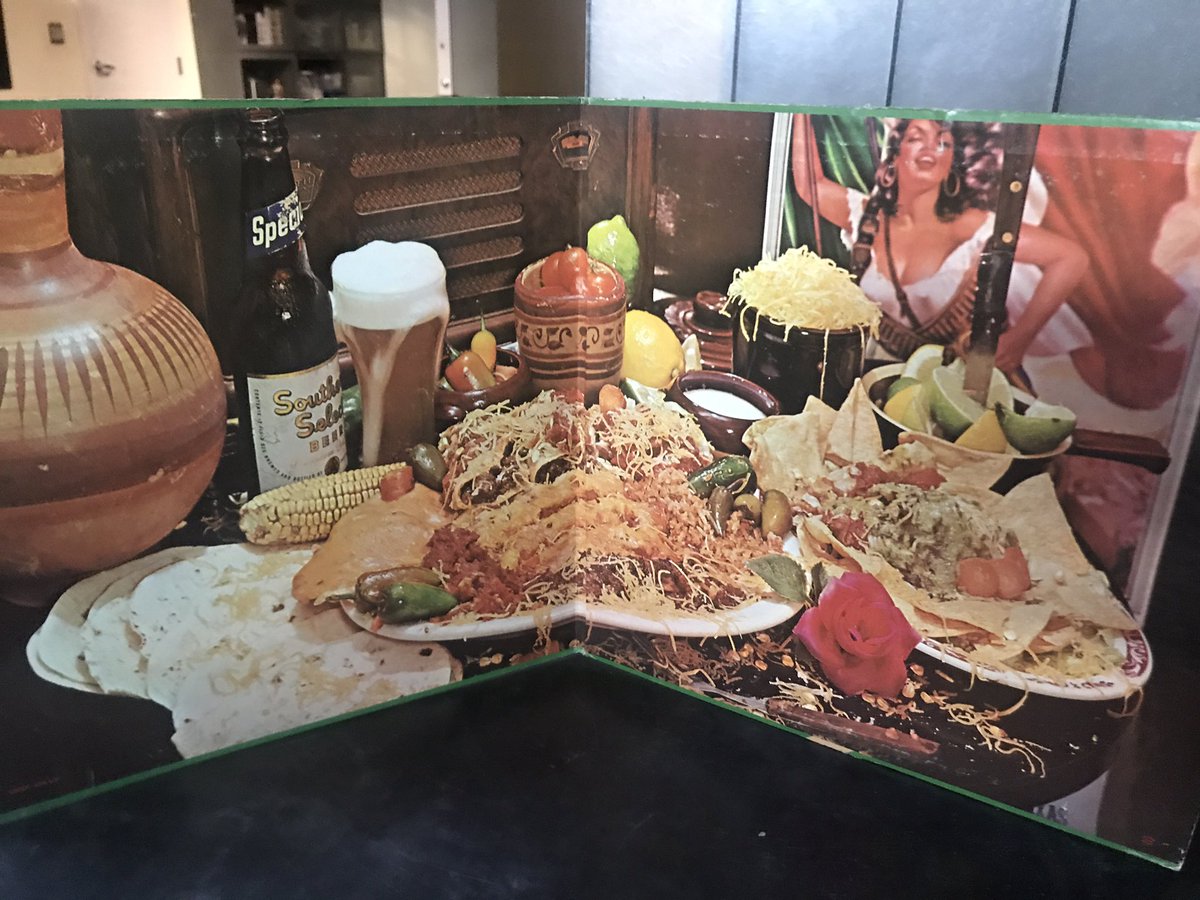