I really don’t have a love for BOSS pedals. I don’t like them, actually. Don’t get me wrong, they usually do what they’re intended to do, come fairly cheap, and are easily replaceable. They also represent a time in the music world when everything started to become digitized, compact, and lose it’s soul. To me, BOSS Pedals are to music gear as Phil Collins taking over vocals is to Genesis.

That said, there’s a time and place for everything. I found a BOSS DD3 at a show. No one claimed it. So, on the plus side, it was free. It’s a solid enough digital delay. Heartless, but it gets the job done and has good delay time. But it ain’t analog. 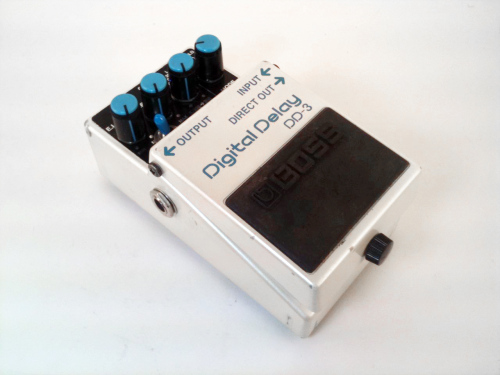 People harp on and on about the analog sound. What is analog sound? It’s the sound of error, not exactness. It’s the warm pops and hisses on vinyl, it’s the warble and clipping on a tape, and it’s the way a delay device further muddies the sound of each repeated echo. That’s something people pay a lot of big bucks for when they pick up an old 70s tape echo machine or even an early eighties delay that uses BBD chips. It’s analog, it has error, and in some ways that’s a nicer sound to most human ears. Of course, you don’t get the extended delay times of a digital delay like the DD3, but you can fake the analog and keep the digital.

This is a common mod, but keep reading, because I came up with what I think is a nice twist for it. And it’s really not hard to do, but you can get charged some bucks by boutique pedal modders for such a simple addition to your repertoire.

First, you got to get the guts out. You’ll have to unsolder the electronic switch that’s underneath the stomp area next to the battery compartment. There’s a black and purple wire to undo, and it doesn’t matter which lug you reconnect them to. That’s the BOSS on off switch system. Inside the DD3 (and actually this works on a lot of other digital delay pedals) you need to locate lugs 1 and 3 on the echo level, the knob that effects the volume output of the echoes playing over your signal. This is where the magic will happen. 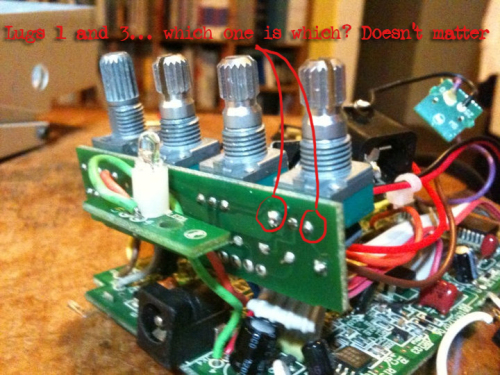 On these two lugs, you can solder the legs of a capacitor which acts as a low pass filter. Basically, it muddies each echo further and further. Unfortunately, you’ll also lose the capacity for your digital delay to repeat infinitely. The more highs it cuts, the less delays you get. After some experimentation with several recommended measurements from message boards and Brian Wampler’s excellent book on Pedal Mods, I settled on a 0.47 uF cap as the best to give a warm analog sound and give me enough delays.

I didn’t stop there, though… I was just messing a bit and also tried placing a 1k resistor over the same lugs. Weird, I got a high pass filter that took out all the low end of the signal with each repeat. It was the total opposite of what I’d intended to do in the first place, but it sounded awesome! Each echo sounded icier than the last. I decided I needed both these mods AND the original settings, so I would place them all on a switch.

Here’s audio of my horrid guitar playing of a great eighties song to hear each of the new delay settings… first is stock, then the fake analog tone, and finally the icy tone:

I used an on-off-on DPDT switch I order from Mouser Electronics, or get one at yer local electronics store run by some old folks that smells slightly of cat pee. Basically, DPDT (double pull double throw) means you got two switches controlled by one toggle. 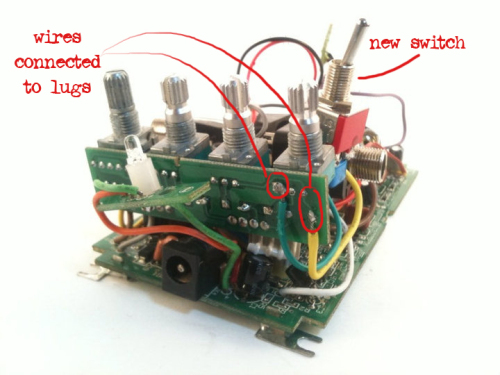 In my case, I connected the wires from the Echo Level pot to the central lugs for an off position, and the switch would bridge them either with the capacitor or the resistor to form the mod. Confused? Me too… it’s hard to explain with text. 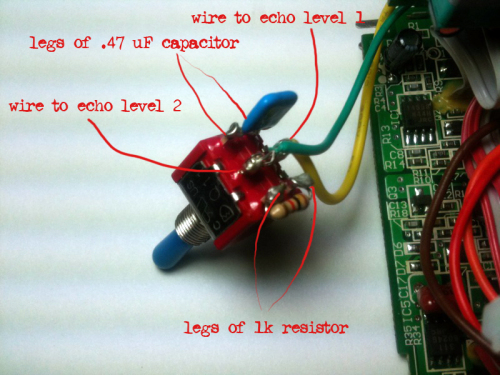 Once you’ve got the electronics all sorted out, you just gotta redo the box and put it all back together. I had to drill a hole for the new switch. This is the kind of area I wish I was smarter and had a drill press for, but I managed to free hand it. Just remember to keep using some WD-40 to lubricate your drills, or you’ll dull them. 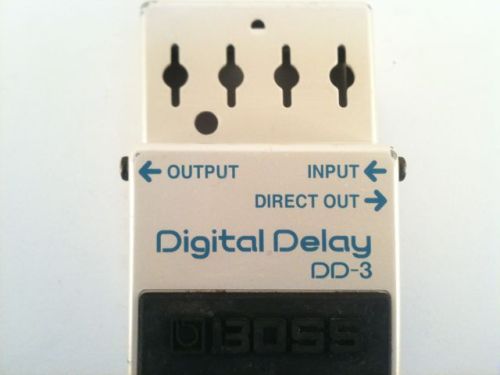 I put the pedal back together, and though it was tight, it all fit in there. While I was in the guts, I replaced the standard BOSS red LED with a blue one, because it fit the color scheme nicely, along with a nice blue topper for the metal switch. Nobody except me will see it, but it’s these little touches that make me smile. 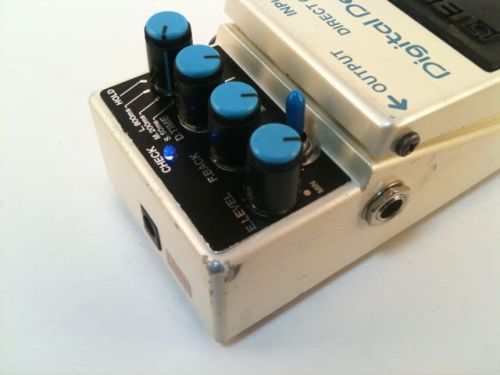 Now I got my sweet, sweet analog emulation delay pedal. I gigged on this one for awhile with Ludicra for one part in one song (stage real estate be damned). It’s since been replaced on my board by an ACTUAL analog delay (a modded DOD FX90… more on that another time) but it did serve me well.

Below you can watch a video from Ludicra’s last show in Portland on 1-1-11 where I engage the pedal at the end, using the ice delay setting, for a nice outro on the Ludicra song “Veils.” The icier echoes cut through nicely with the new mod over my otherwise sludgy tone. Slight tangent, as of this writing, I still have copies of the poster I did for this show for sale in my website storefront. Buy one, dickhead.

Up the analog, but if you can’t afford it, this is a good way to fake it and get more use out of a relatively cheap delay pedal.

Herr Doktor Ross Sewage Abwasser
www.doktorsewage.com
And I ran, I ran so far away…

onkel doktor ross sewage @sewage666
18 hours ago
tfw when you respect pronouns but only accidentally because you’re an illiterate fuck https://t.co/IZYjxCxoEi
View on Twitter 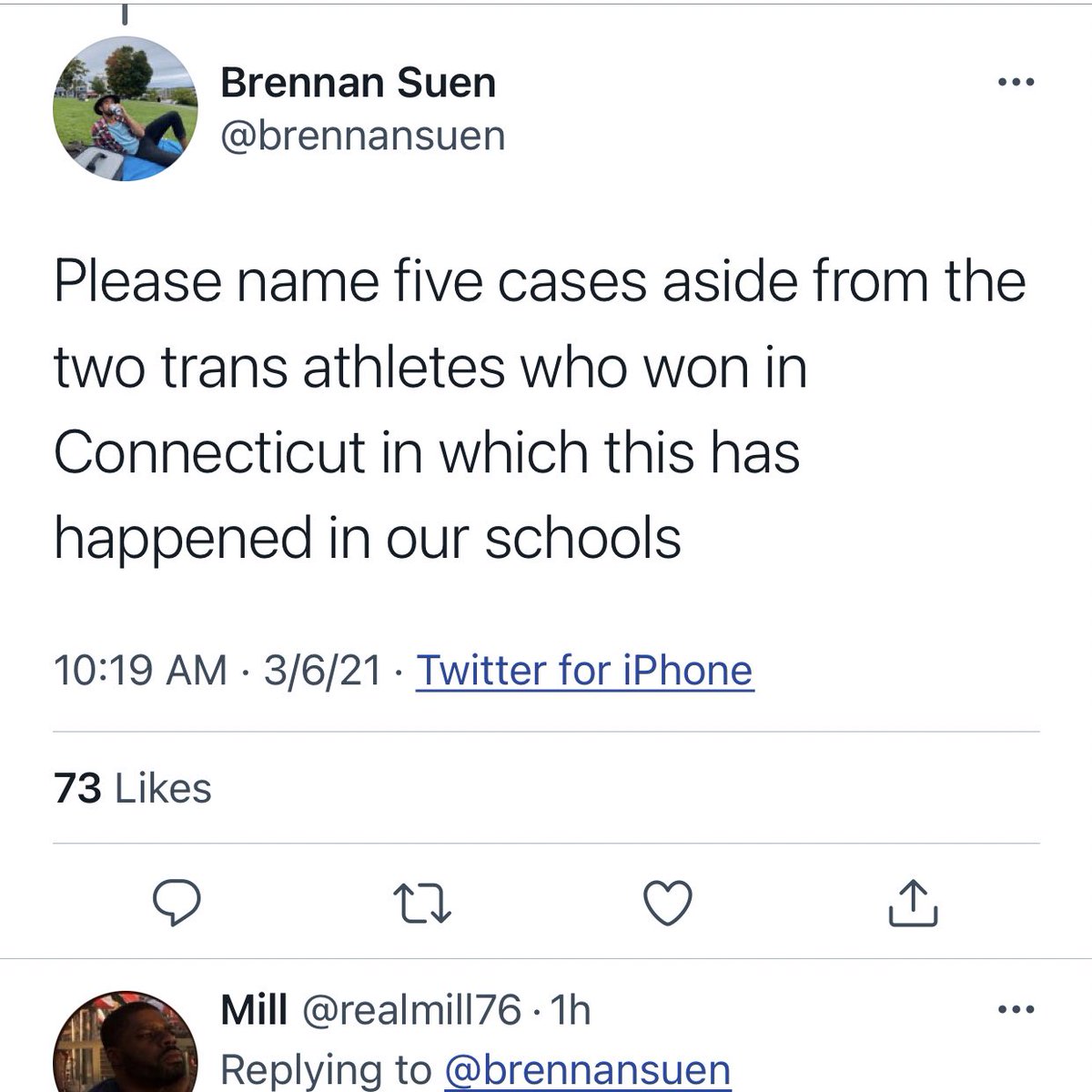 2
34
onkel doktor ross sewage @sewage666
20 hours ago
all my practical fx plans failed this week, so here’s just a nice picture of my dad’s lovely koi pond that he lets me throw gi joes into and vacation bazooka feeding the fish #backtothedrawingboard https://t.co/qGChH7csh7
View on Twitter 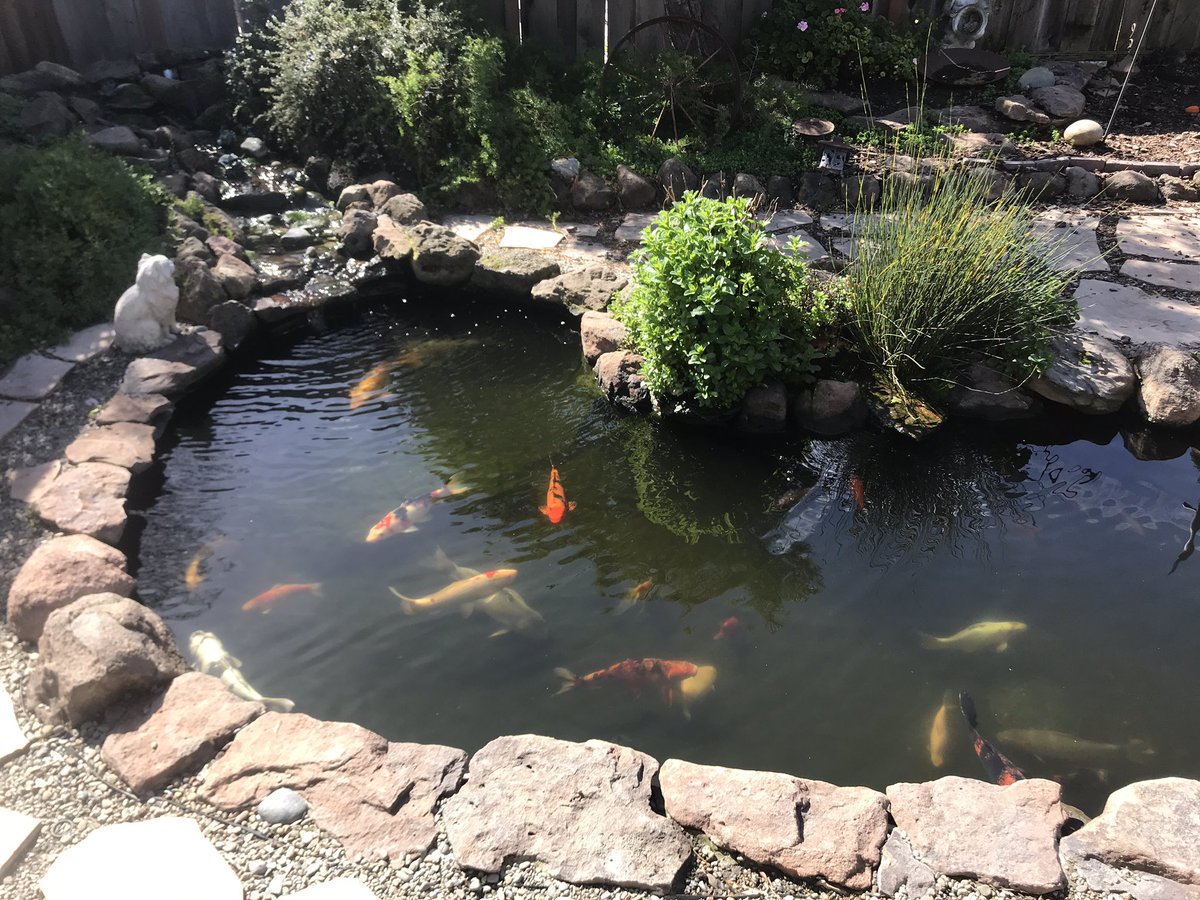