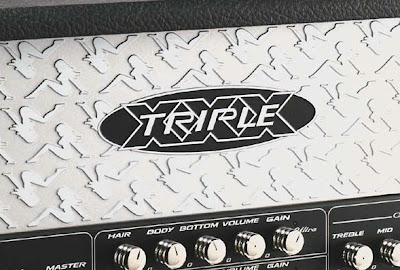 Sean replaced the faceplate with some sheet metal that he and our friend Scott painted and then dripped remover on. It was supposed to look sick, and it did. Sick like a ghetto. And the screw holes were off. I had some diamond plate left over from my pedal board project, so I decided to give it a go as a surprise to my hetero lifemate. 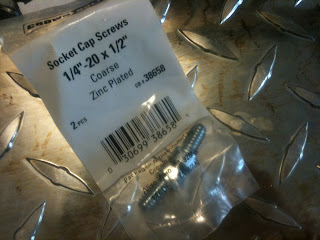 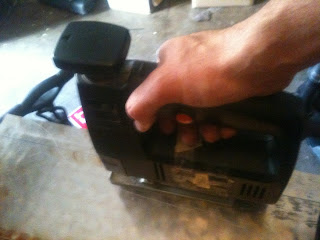 Next, I undertook the laborious process of cutting steel pate with my old jigsaw and a metal cutting blade. If you hate cutting butter, that’s good, because this is like the opposite of that. The plate is 24 1/4″ x 5″. 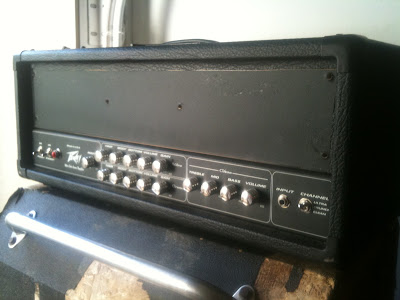 Peavey, in all their cheapness, backed up the plate with some MDF particle board directly drilled into with the socket cap screws. Couldn’t afford some 10 cent, less-likely-to-strip t-nuts for a $1000 head? The board is glued into the headcase, so I had to figure out how to line-up my drill holes. I’m sure there’s a proper way to do this, but I’m just a monkey in a garage. 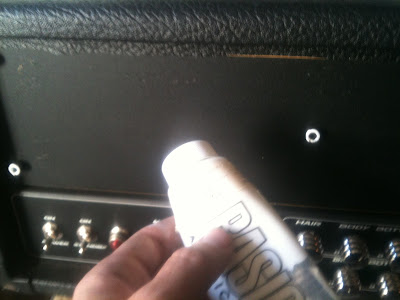 I put the bolts in and painted the tops with acrylic paint. While it was wet, I placed the new faceplate on top. I prayed I didn’t move it around too much, and lifted it off. On the back were my drill guides in wet paint semi circles. 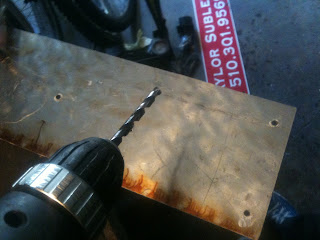 I drilled the holes and voilà, it all fit. I got the middle bolts in, too, so hopefully Sean will place a logo there. Something along the lines of “Electronics Corp. of Creepsylvania.” Besides an old series 400 bass head or a mark 1 5150, having a Peavey logo behind you is like bringing GoBots to the playground when everyone else has Transformers. Sure, they transform, but they ain’t getting no movie deal with Michael Bay. 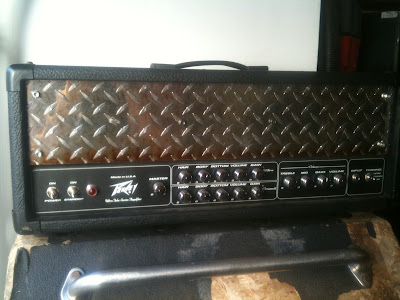 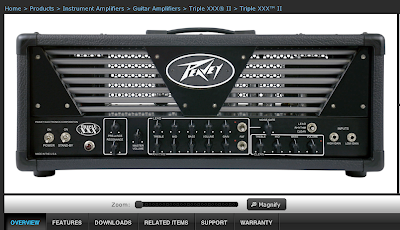