So, I get up at six in the morning, leaving the arms of a beautiful woman, so I can get to work two and half hours early, so I can leave work early to have an even longer day recording. Keep in mind, I’m sick, and it only got worse today. Snot literally dripped out of my nose, completely out of control. My supervisor ended up giving me a prescription-strength Alegra. Now, I didn’t know Alegra had ephedrine in it, so right as I cut out of work, all of a sudden I tweaked. Ugh! I’m on speed! I haven’t done speed in two years! I don’t want to! AGGGHHH!!! Make my heart stop! 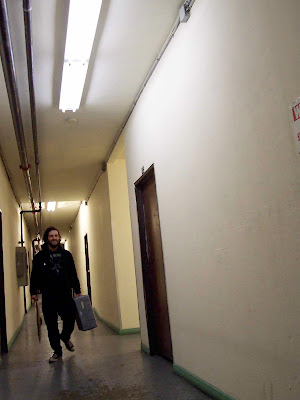 I got the studio, where only our drummer had shown up on time. Things always move slow like this, I’m used to it. I am, however, speeded up and tweaking hard. It was weird, because my last long-term relationship broke up partly due to drug use (and partly due to me just not being around, or so I’ve been told second-hand).

Ludicra is always emotional for me, having smashed basses at shows, smashed my head into walls, puked, been kicked out of where we were playing, etc. I was kind of afraid I’d get weird, but I guess I was just annoying. So that’s kinda like normal. Coming home later, I do feel the down-side of it, and I feel like I might cry if I watch the right long-distance commercial. Note to self: don’t watch long-distance commercials. 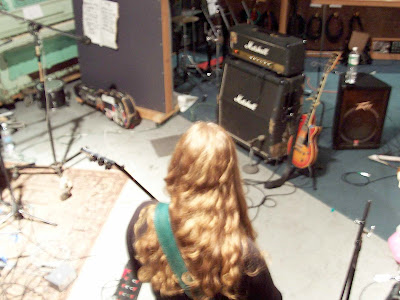 Well, after spending I don’t know how many hours sitting around getting “tones,” we recorded one song before our guitarist had to go deejay at a bar. It sounded awesome. Every song we practiced while getting tones was what we would’ve considered a take. So things are looking good. I’ve concern about sound-bleeding on the mics, that no one seems to mind. This can cause problems later down the road, but I don’t want to stress (for once). I remind myself, this is Billy Anderson, he’s done the Swans, he’s done Bungle… despite the fact that he wanted to beat me up at one time, his judgement is good. 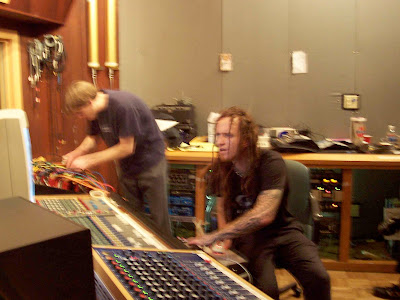 Now, Christy sits here being bored while I try to write this journal. It’s a good thing she’s here to correct me tweaker typing. If I’m sick tomorrow, I’ll have to take another Alegra, and I have to admit, part of me hopes I am. Hey, I didn’t kick speed because it wasn’t fun, you know? Shit… time to drink. 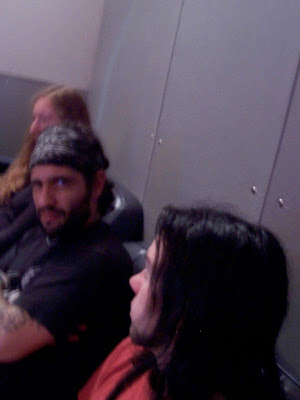 Beautiful lady is on her way… YAY!