The Bavarian pigs sure had thrown us for a loop. On our way to Tilburg in the Netherlands, they’d made us leave our back line and our Scott behind. What bungling! We showed up for a show I’d booked just four days previous with no back line. Because I only have Skype on my phone and no international plan, I had to wait until we found a McDonald’s with free wifi one hour outside of Tilburg to inform the staff at Little Devil of our predicament. Need I have worried? To paraphrase my friend Luuk running the whole thing, “Hey man, you’re in the Netherlands. It’s all taken care of.” 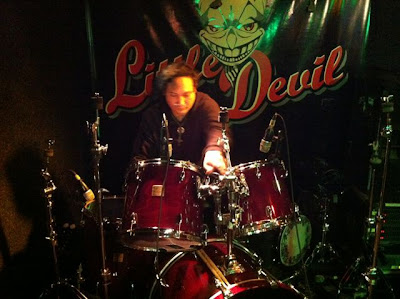 In one hour, give or take, Luuk and friends at the Little Devil had organized an entire back line, including a five piece drum set, cymbals (which we stupidly left behind), two Marshall cabs, a Marshall 2000 TSL, some Line 6 guitar head, and a decent Trace-Elliot bass combo. This show was going to happen.

And a good thing, too. Apparently, we’d picked a great night for a show. It was Carnivale weekend. Essentially, the club packed out with Carnivale revelers in all manner of costumed dress along with all the metal heads who hated Carnivale and wanted to rebel by seeing some metal. I guess our band was somewhere in-between the costume bullshit and the face-pounding metal. It worked out great. 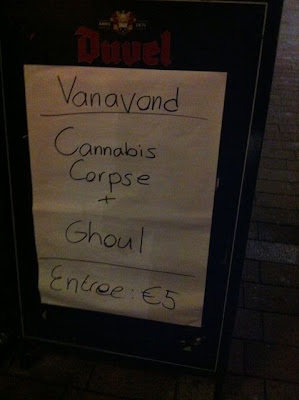 We had very little time to set up, but Luuk and co. had already done most of the work. We got on stage and what a difference a few years make. We played Little Devil in 2009 to little fanfare and even less people. This time was riotous. The crowd brought new meaning to the phrase, “circle pit” as they beat the ever-living crap out of each other while doing a conga line. I saw quite a few old Dutch friends such as the aforementioned Luuk along with Denis from Rompeprop. 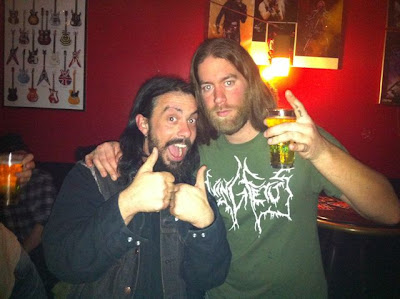 Our good friend Dirk, Belgian metal maven and traveler extraordinaire, also showed up. He had some new ink that I wholeheartedly approved of. 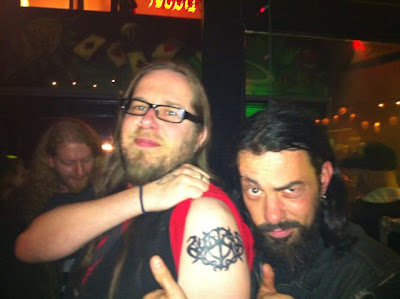 Much Schrobbeler and much beer was drunk while Cannabis Corpse slayed as they always did. The other van from Fluffwheels showed up with our back line around 2 AM at a great expense to us. Lucky this show in Tilburg had been arranged as it financially covered the entire shitty day. Net zero, unless you count the fun. We re-loaded our van and headed to Luuk’s house for a few hours rest. Well, a couple of us got rest. The others stayed up all night and looked at me savagely when I woke up and snapped, “Van call! Now!” It was 5:55 AM and it was time to go to London.

All the scheduling driver Michael and I had done worked out fine, it seemed. We showed up at the Chunnel border crossing at 9 AM from Tilburg. That gave us one hour to go through passport control. This wasn’t long enough. Learn from our mistakes:
1. Show up two hours earlier than needed, minimum
2. You have to fill out landing cards either with magic or pens you bring yourself, so pack a lot of pens or magic
3. Hold on to your paperwork with the sponsor or visas or phone numbers for bookers, even if you’re heading into England a second time
4. Try to get in ahead of the three bus loads of polacks

Once we missed our initial train, we got in line to get on the second one. It filled up. We got on the third train and were three hours late for our load-in at London. I was a bit stressed, but I’d forgotten that England is an hour back from mainland. So really, we were two hours late? That’s just being standard dick heads in a metal band. No problem! 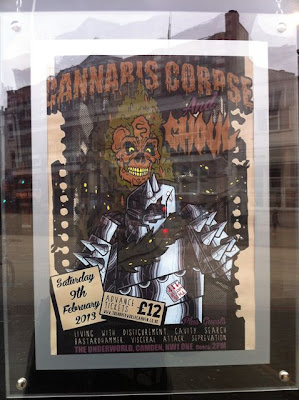 This was a big show at the Underworld. It was also the only one where we did an interview on this tour and the only one in my life that included a photo shoot in front of a vegan cookie shop. After that, we bummed around the Camden neighborhood a bit, our tour having come full circle back to where we started. 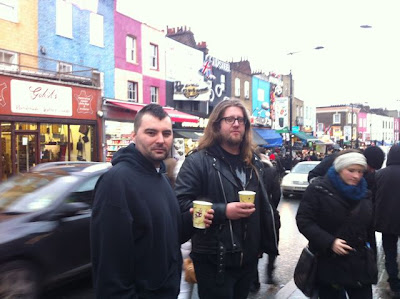 The Underworld show was a blast. There was a multitude of good bands before us. By the time we hit the stage, the saucy brits were in full moshing force and provided the most stage-divers in all of Europe. Scott got licked on the face by one brazen fellow and lost a beat during one of our on-stage gags. I’m sure I saw a few fists hit actual faces.

Cannabis Corpse had an equally good showing, blazing through and pummeling the people with their brand of ripping death metal. 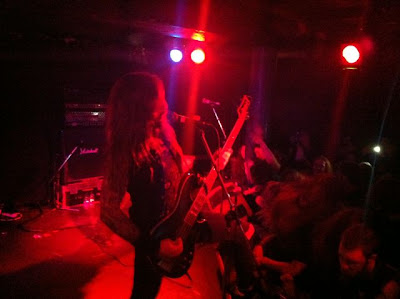 After our sets, we had a good time hanging out with the crowd of people. What else was there to do as some of our good brit buds decided they could do a better job hawking our wares than we could. I guess they sold stuff, but eavesdropping at the merch table was like listening to the dialogue track of Lock, Stock, and Two-Smoking Barrels at double speed. 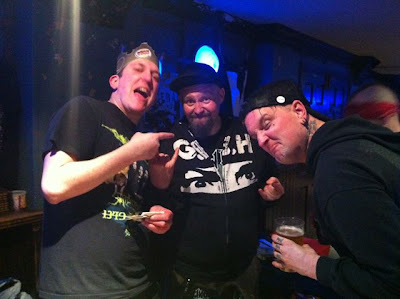 The Underworld kicked us out right quick to make way for a techno dance party so we partied a bit around Camden. Then it was back to Belushi’s pub and hostel where we’d been near a month previous for some much needed rest after the weary driving of the last few days. 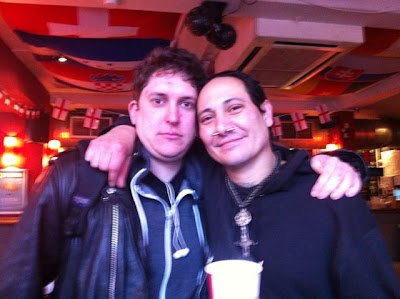 The next morning, I woke up and Cannabis Corpse was already gone. They had originally planned to have London as the last show and fly home. The reservations they’d made had a connecting flight from London to Manchester that had a 24 hour layover. Landphil saw an opportunity here and went ahead and booked a show in Leeds during that layover. We didn’t know that, and just having been given dates with no locations, booked our flight out of London for the day after the last show. So, we would meet Cannabis next in Manchester, head to Leeds, play the show, and leave in the night / early morning back to Manchester for Cannabis Corpse and then get our asses on a plane in London. Sound confusing? It is. It took us three to four days to get everything sorted correctly. 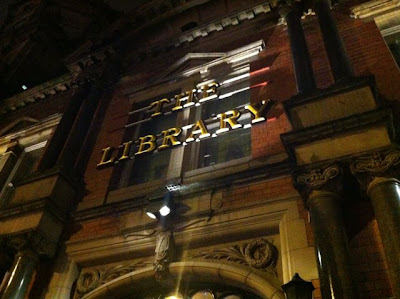 Leeds was just beginning to get icky and rainy and would end in full snowfall. We played a club within a club. The Library was an entirely inappropriately named venue for a brand of immature music, so it was good that we were playing venue inside named The House of Fun, which was normally for stand-up comedy. And would be tonight, also.

Some of us were a little afraid that this show would dull the awesomeness that was London as a last show of tour. Couldn’t have been more wrong. The lads and lassies in Leeds love to get lively much like London. Openers Fetal Juice impressed everyone in the touring party with blasting, well-played grind and funny banter. Our set was interspersed with circle pits and people jumping on stage. They had some problems in Leeds learning how to crowd-walk folks off stage, but I won’t hold it against them. I’m sure that 90 lbs. girl was really hard to hold up. Cannabis ripped up a final set. We were all feeling really fucking good about our last night on tour. 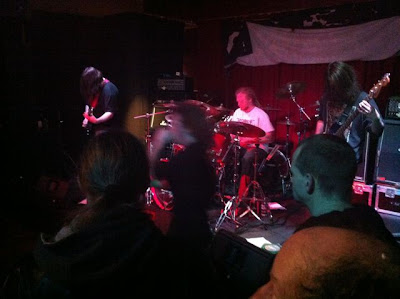 Then Sean lost his back pack. This was more than just his personal belongings, worse than losing a passport… this was all our money we’d made on tour. During packing up, he’d brought it in and a minute later it was missing. As Cannabis Corpse later described it, our dejected faces after a fruitless search were heart-wrenching to behold. I figured it must have been an accident that Fetal Juice had probably had a friend accidentally load it. I’d ran downstairs, but it looked like they had skeedadled. The promoter had no phone number for them. That was it, seemingly.

After checking CC cameras, searching every room, and basically giving up, we found a hero. Brent from Cannabis decided to check a back room he was sure there would be no back pack. By luck, he saw the members of Fetal Juice through the window. They were walking back to their car from getting a bit to eat before they headed home. He ran out, they checked the boot of their car, and sure enough, “Oi, tha’s na’ ours.” Brent is our hero! And what did we give him as a reward? Hugs. Lots of hugs. I think he was expecting more… or he would probably have been happier had there been no hugs at all. That shit ain’t becomin’ a real man.

Recommended: if ever there was an excuse to put your own band patches on shit, owning a non-descript black backpack is a good one. That, or get a pack so horridly ugly, no one could mistake it for their own.

We FINALLY headed to the hostel and were able to stay approximately an hour and a half. It was just enough time for people to lay down and forget to get a shower before boarding the tight quarters of an airplane. At 3 AM we left and drove to Manchester, dropped off a very cold Cannabis Corpse, and then to London Heathrow, to drop off a very confused and sleep deprived us.

For once, there was little incident, everything went smooth, and we were on our way home. Europe was kind to us again and we will be back… just as soon as we get a little rest. Thanks to Cannabis Corpse for getting it together and all the folks we played with, stayed with, and those who set the shit up to make our tour great.

filling in at the Creepsylvania Hospital’s traveling burn ward 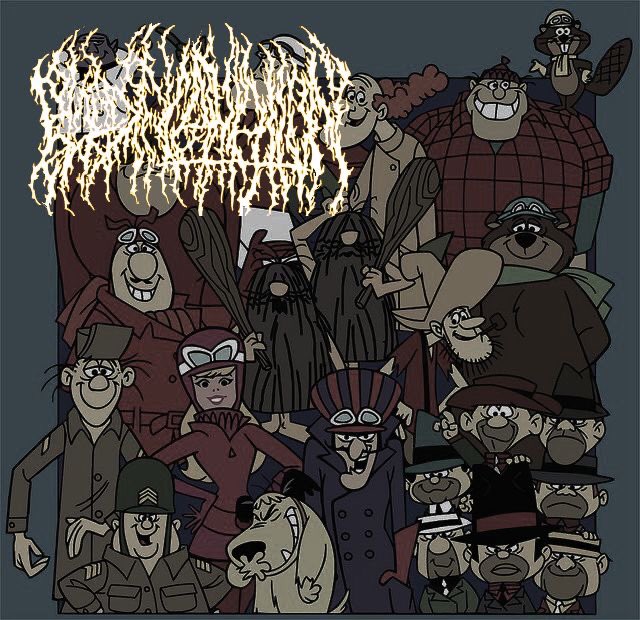 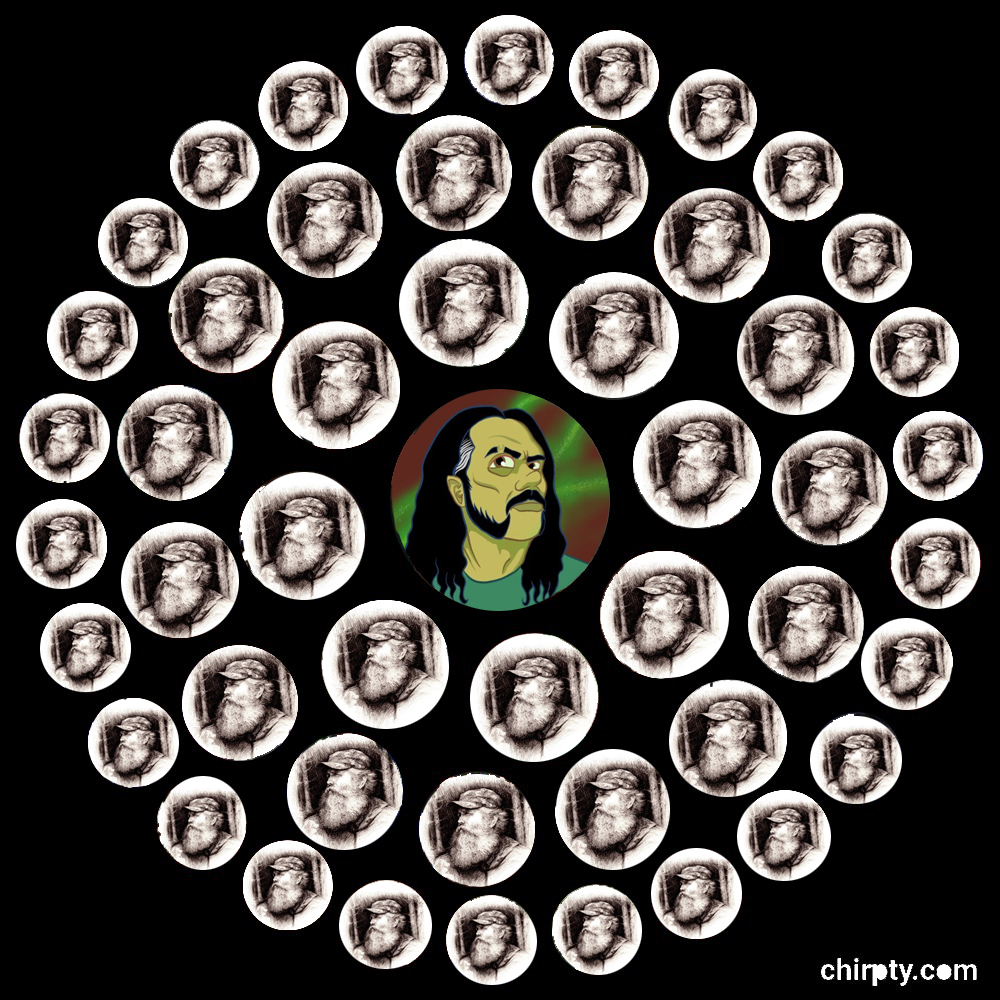 3
55
doktor ross sewage (fan account) @sewage666
3 hours ago
me: wait, why did we have 200 stab wounds soldering kit?
“something’s wrong with one of the marshall cabs”