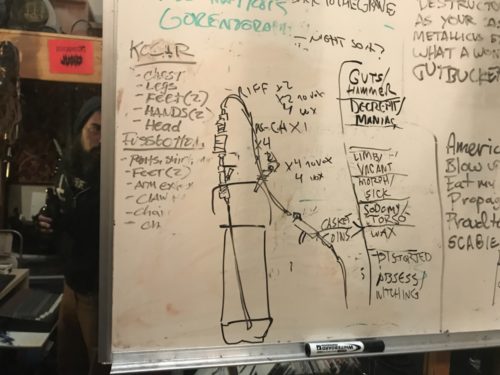 Okay, it’s not exactly a brilliant blueprint, but it gets the job done. The idea was to cheaply create a pressurized tank that wasn’t gravity fed and was able to be used with any number of costumes and props with a ball valve and quick connect coupling. And I wanted it to be made entirely with parts from Home Depot so we could easily find parts to fix shit while on the road.

I start with a 2’x3″ ABS precut pipe and cut it in half with a Dremel Saw Max. 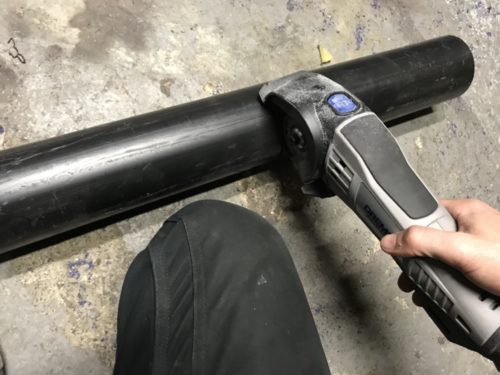 The tank takes two ABS caps, obviously. One of the caps needs two holes drilled into it to fit the brass air fittings. This takes some special drill bits, because the holes need to be slightly smaller than normal so they can be tapped for a tight fit. I have her a 27/64 and a 5/16 bit. 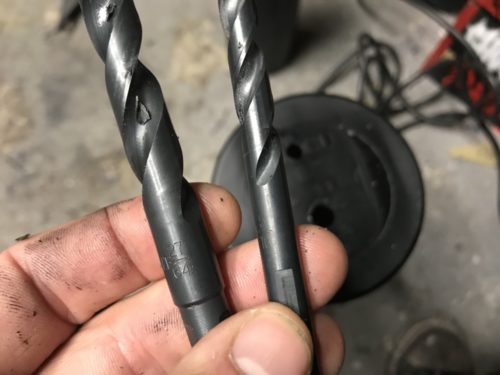 The two holes then get threaded with special taps designated NPT (National Pipe Thread). The larger one is 1/4 18NPT and the smaller one is 1/8 27NPT. 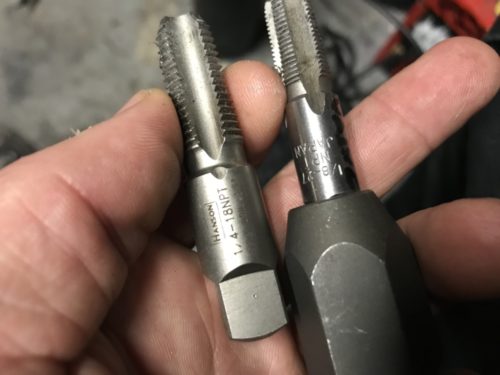 Once you’ve tapped the holes, a 1/4″ ball valve is screwed in with accompanying 1/4″ quick connect plug into the larger threaded hole. 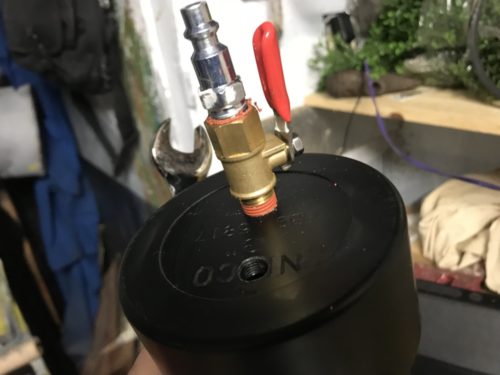 In the smaller hole, a Schraeder tank valve is screwed in. This part SHOULD be available at any Home Depot, according to their website, but never fucking is. I pick ’em up at auto part stores whenever I see ’em. 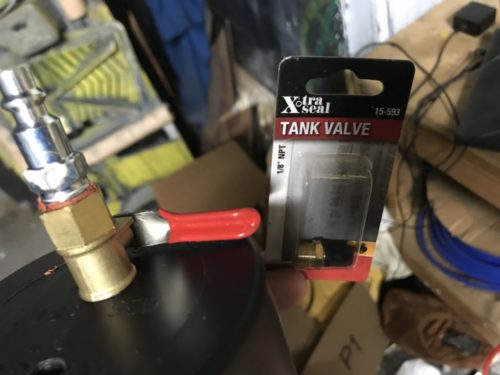 On the inside of the cap, the ball valve thread should be sticking through enough to thread on a 1/4″ brass air coupling and hose. 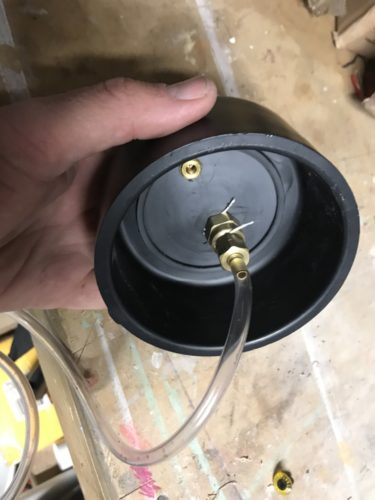 I cute the hose with an angled end just a bit longer than the length of the pipe. Then the caps are glued on using ABS glue. 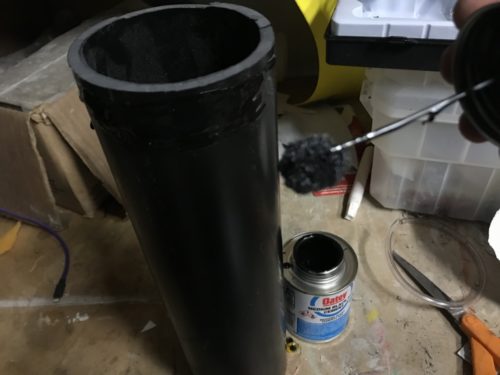 When the tank is finally finished, it can be easily filled with liquid poured into a funnel through the ball valve. The Schraeder valve needs to be kept open with a key or a pump nozzle so air can escape the blood tank while liquid is poured in. A little more than 50% of the tank is filled with liquid, leaving enough air to create pressure to push the liquid out. 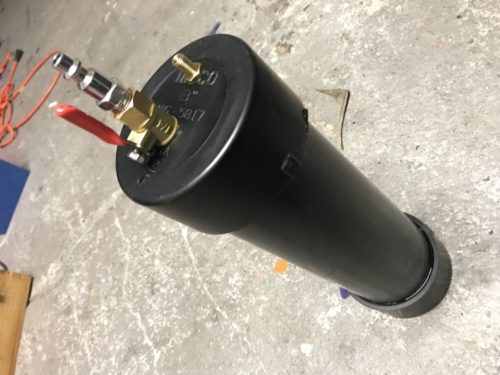 These tanks are small enough to be hidden on a costume and deliver a pretty amazing amount of spew. We’ve also made larger tanks for more spew with 4″ diameter tubes. Using quick connects, we can take and fill the pumps away from the costumes in a slop sink and reattach them later when we need them for the show. About 70-80 PSI is pumped in through a simple bike pump or air compressor and with a reducer on the end of a hose, it can spray a good 20-30′. Any kind of trigger can be used, though we typically use these pistol style blow guns available from Home Depot. 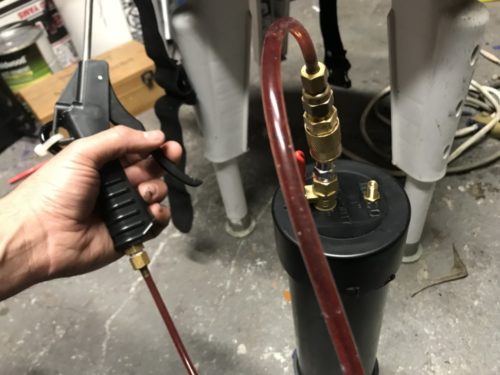 It takes a little practice to get the tank fittings right and some of the brass air couplings will give out after around 30 or so shows once used with liquid. But they are cheap and readily available at your local goddamn big box hardware store. The tanks are solid, much more so than our old system of using ever-breaking Hudson garden sprayers, and only cost about $40 bucks to make.

0
32
future juggalo rob zombie bride · 16 hours ago
@sewage666
my nephew got an award for doing well during the run, hide, defend drill 🤩 very cool world we live in https://t.co/OiX8i3TI4r
View on Twitter